Texas Star Winery which was located in Richards, Texas and owned by Earl and Lyn Love was sold in 2014 to Jim and Susan Chisolm. Jim and Susan moved the winery to Chappell Hill and opened it there last October.

I made a trip to Chappell Hill to visit the new location of Texas Star Winery. I always check ahead of time to ensure wineries are going to be open if there may be any doubt. The doubt this time was because the day I was planning on visiting was the day Chappell Hill was holding a downtown wine swirl, and I saw that Texas Star was going to be one of the wineries participating. I emailed the winery and heard back from Susan Chisolm that they would still be open and her husband Jim was going to be there while she would be at the wine swirl. 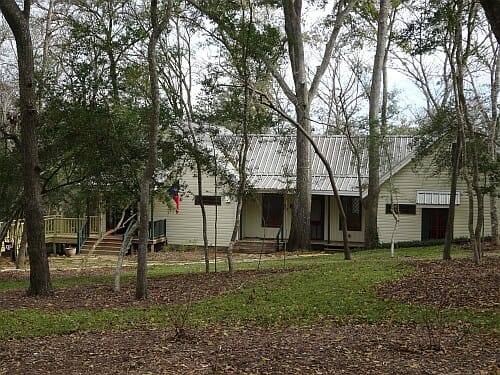 I arrived at the winery about 45 minutes before the start of the wine swirl and coming out the front door was a group of people and fortunately one of them was Susan Chisolm. Even though she was heading to the wine swirl, she offered to go back inside to allow me to take a photo of Jim and herself. Susan than said goodbye and I was left in the capable hands of Jim. 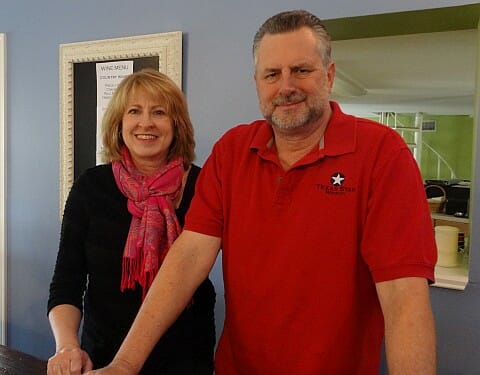 Texas Star Winery is located in what had to be a house although the tasting room is very large with plenty of tables. Tastings are done while standing at the tasting bar and the wines are poured with measured pourers. There is a tasting fee for five wines and an extra charge for dessert wines. 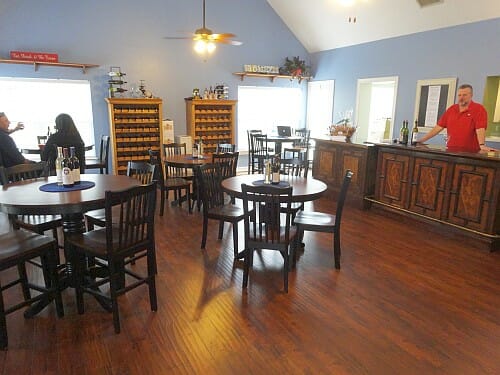 Jim Chisolm explained all the equipment had been moved from the previous location and was in a production building at the front of the property. He was the winemaker and would be making the wines which were previously made at Texas Star in addition to some new wines.

Texas Star was known for these wines which are still offered and are called the Country Wines:

Three new wines are now available which Texas Custom Wine Works initially made, but Jim said this year he would be making the wines at the winery. The three new wines, which are called the Chappell Hill Wines, are: 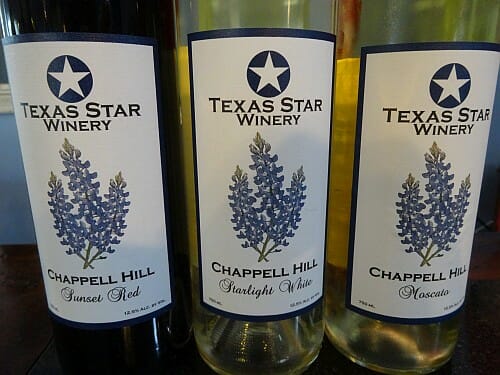 The dessert wines offered are:

Jim said they offer a drink simply called the Special which is the 17K Chérie mixed with the Cranberry wine, and it has proved to be very popular. They still plan on offering the Country Wines because if somebody comes in who says they do not like wine but want something different, they can easily say they have something different. Future ideas that could be offered are hard lemonade and sangria.

The winery has been doing very well. When they moved the winery to Chappell Hill, the city was very welcoming to them and it has turned into a big success.

Watch out for the Texas Star Winery Grand Opening, which is on February 21st and will be a big event along with live music.

The next time you are driving down Highway 290 near Chappell Hill, take the short drive off the main highway and check out the new location of Texas Star Winery.