I was in Austin on a Friday planning the next Saturday morning. The nearby wineries I was waiting to visit wouldn’t open until 11 a.m. so I was wondering what I could do instead of sitting in my hotel room. I asked my friend and writer/drinker/marketing extraordinaire Matt McGinnis on any recommendations. He asked if I liked gin as he had a friend who worked for Revolution Spirits. I’ve had a few gin and tonics before, so of course!

The next morning I arrived at Revolution Spirits located off the main road of Fitzhugh Road in Austin to meet Mark Shilling. I always try to do a little research ahead of time, so I looked at the company’s website to understand more and noticed that Mark Shilling was the dishwasher. Well, it turned out he does a lot more too. Mark was a co-founder of Revolution Spirits along with president Aaron Day. Mark is also the current president of The Wine and Food Foundation of Texas and he admitted he drinks mostly wine. 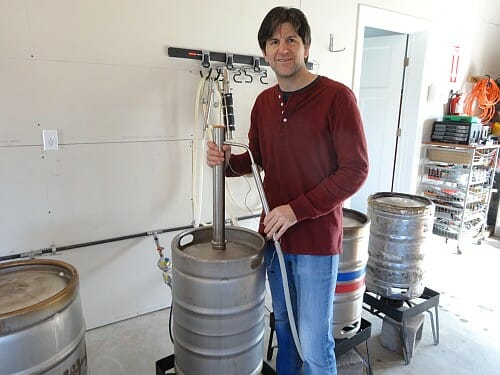 Unfortunately the water line to the distillery broke the day before, so since it was in the process of being repaired, no gin was being run through the stills. I have visited other distilleries like whiskey and vodka in Texas, but never gin, so I was eager to learn what the difference was.

Mark first explained that Revolution Spirits sold their first bottle of gin on February 22, 2014 so they are a relatively new company. The gin currently made is their 100 proof Austin Reserve Gin. 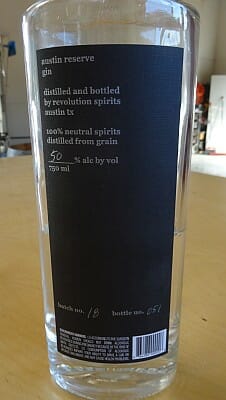 So what is gin? Gin is started with a base neutral spirit and then maceration occurs. They use corn at the start of their gin process. It is then ready for distilling to turn it into alcohol. After distillation, the gin is 160 proof so they put it into a tank and proof it down by adding water to be 100 proof. 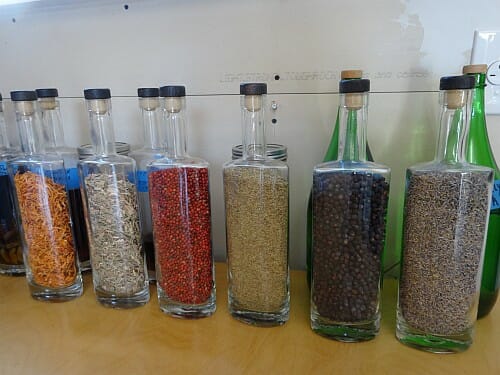 The distilling takes place with different botanicals. Here is the order of botanicals they use:

There are different styles of gin. The usual kind you see in the stores is clear but there is a type called a compound gin which is not a clear color. He had an example of one of these bottles. If he took a compound gin and distilled it, it would then become clear. 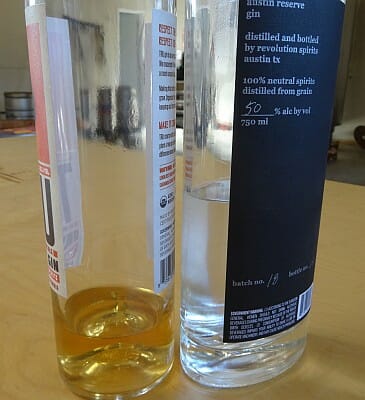 Other styles of gins are London gin, Holland gin which is sweetened a bit, aged gins, and more.

Revolutions Spirits gin is available in cities like Austin, Houston, Fort Worth, and Chicago. They are planning future spirits such as coffee liquor.

Mark could have gone into a lot more detail in describing the process, but I had places to go, and he had work to do. I definitely learned more about gin than I knew before, so it was definitely worthy of a tour. If you’re near the area, definitely make an appointment and stop in to learn about gin.