I was first introduced to Almaza Jewelers last year at the 2014 Texas Wine and Grape Growers Association (TWGGA) Conference’s gala, where a beautiful ruby ring donated by the jeweler was being auctioned; unfortunately, I was outbid. Every year Almaza Jewelers donates fine jewelry to the TWGGA Conference, which are then used in the auctions. Jeff mentioned that the owner, in addition to being a skilled jeweler, also made wine. 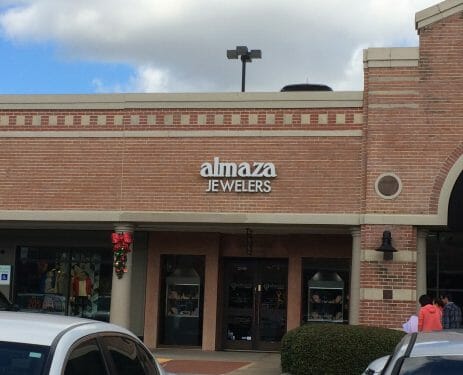 Last November we visited Almaza Jewelers in the Rice Village in Houston. After we were admitted by using a buzzer, we met the owners Ziad H. Noshie and his wife Lydia. Mr. Noshie explained he has been a jeweler for over 40 years and during that time has won many medals for his custom jewelry, some of which were on display either in person or in photos. We were also shown a case displaying the many medals the non-commercial Almaza Wine Cellars has won. 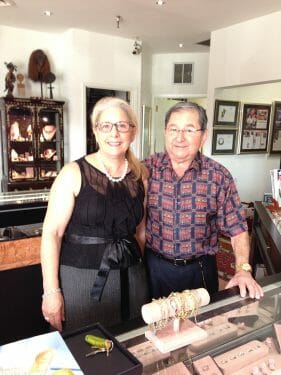 As it turned out, the following weekend they were pressing grapes. Jeff was going out of town but I volunteered to help. Sunday morning I arrived at the townhouse, which Mr. Noshie has transformed into his winery. 32 plastic bins with fermenting must were lined up outside the townhouse. The grapes included Merlot, Cabernet Franc, Cabernet Sauvignon, Viognier, Nebbiolo, Barbera, Syrah, and Pinotage. The process of pressing the must to separate the skins from the juice began and the juice was then put into oak barrels. The barrels would be stored inside the townhouse for about two weeks and then he would do blending. 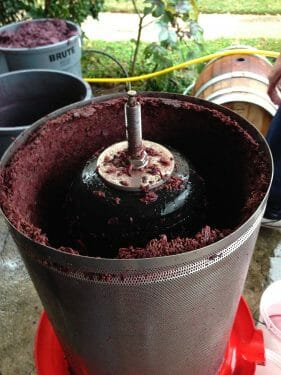 While the pressing was happening, Mr. Noshie showed me around the townhouse where a large selection of wines was stored. He explained that to him making wine is a passion almost as much as making custom jewelry. 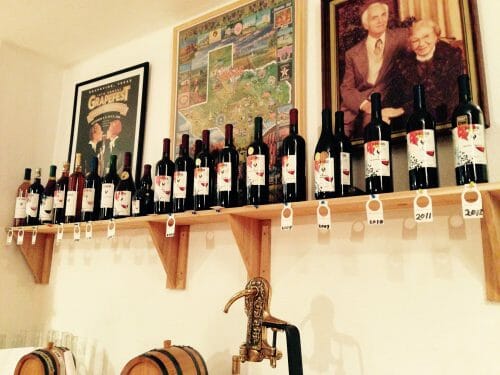 Almaza Wine Cellars has won many medals over the years and these are some of the medals from 2014:

However, because Almaza Wine Cellars is not a bonded winery, you cannot buy his wines as they are not for sale. Instead Mr. Noshie gives his wines away to friends, family, customers, and donates to multiple charities and events. He has been asked before to go commercial but he prefers his winemaking to be a hobby which he has been doing since 1992.

It was a pleasure meeting the Noshies and also learning more about Almaza Wine Cellars. We look forward to possibly seeing him again at this year’s TWGGA Conference where once again he will be showing his charitable side by donating more jewelry. 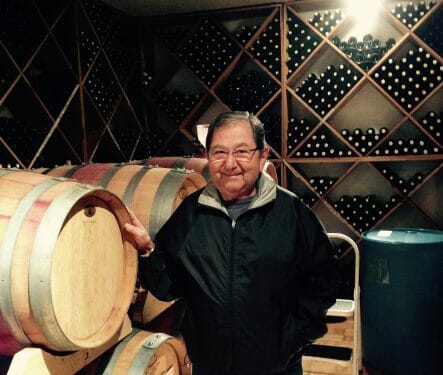