Wines of Dotson-Cervantes is located in Pontotoc and is owned by Alphonse Dotson and Martha Cervantes. The winery opened November, 2014.

We have met Alphonse and Martha a few times over the years including the last time we were in Pontotoc and at the time the winery was just being remodeled from a historic building. Now that the winery was open, we were excited to visit. 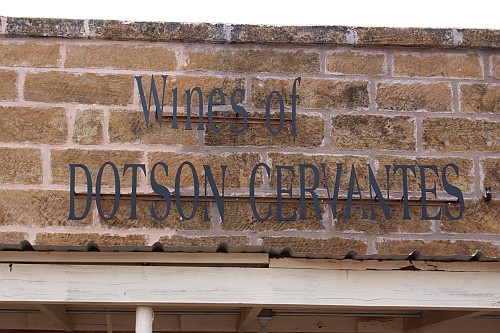 When we arrived at the winery, Alphonse Dotson was just coming out and he greeted us with his ever present large smile. We entered the winery which had a seating area in the front with a tasting bar along the right side wall. Football photos grace the walls featuring Oakland Raiders and of course Alphonse Dotson in some of those photos back in his playing days. 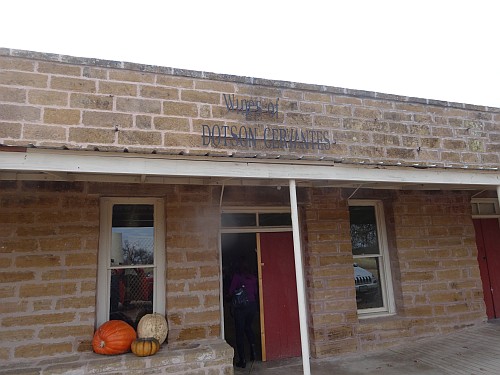 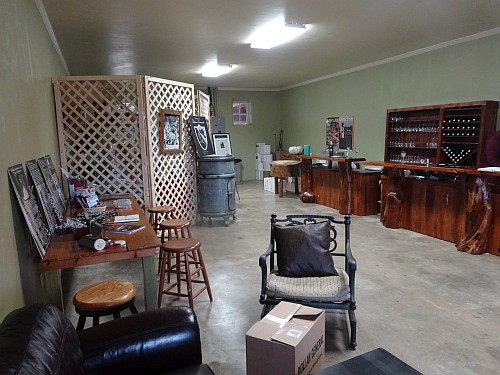 The first wine ever offered from Wines of Dotson-Cervantes is Gotas de Oro meaning “Drops of Gold” and is a dessert wine in a 375 ml bottle. We bought a bottle of the wine the first time we visited Fall Creek Vineyards and have since bought more in the following years.

But first up in the tasting was the new Something Red. This is obviously a red wine and Alphonse told us the name came from people having had the white Gotas de Oro and always asking if he had something red. They thought about a name but it was a simple case deciding on the name Something Red. It is 68% Cabernet Sauvignon and 32% Merlot. The grapes come from their Voca, Texas, Certenberg Vineyard and was from the 2008 harvest. Winemakers for the wine were Alphonse including Ed Auler and Sergio Cuadra from Fall Creek Vineyards. The wine comes in with 15.5% alcohol. 562 cases of the wine were made. 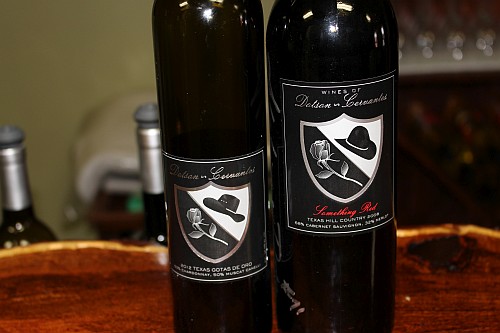 The last wine tasted was the Gotas de Oro. We learned there were actually three vintages of the wine over the years: 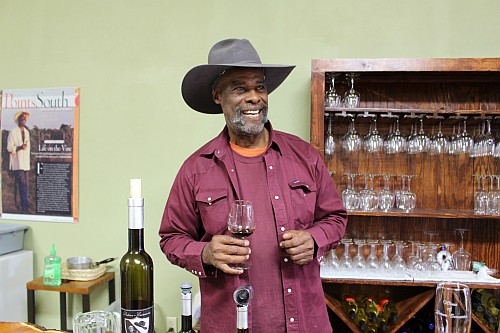 Wines of Dotson-Cervantes will be starting a wine club and they will be limiting it to 333 members. When asked how he came up with that number, Alphonse stated he does not want to produce over 1,000 cases of whatever variety of wine he sells, and doing some division and still allowing wines in the winery would have a maximum wine club membership of 333. There is a small gift shop in the winery with wine accessories.

If you find yourself in the Pontotoc area of the Hill Country, definitely make sure you stop by Wines of Dotson-Cervantes.