I had the opportunity to receive a sample of the Whip-It® cleaner, which is a plant-based multipurpose cleaner that breaks down the chemical bond of stains in seconds. One of the purposes is to take out red wine stains and since I’m such a klutz when it comes to getting red wine on my clothes, I jumped at the opportunity to try Whip-It. 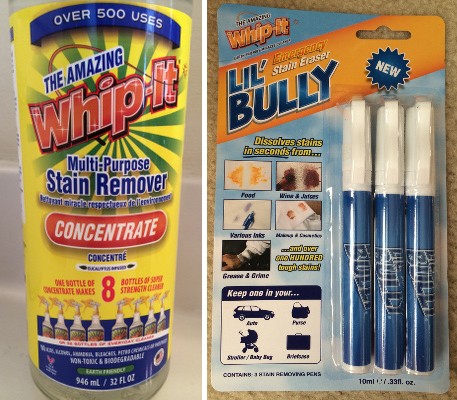 What I received was a 32-ounce bottle of Whip-It concentrate to be diluted with water to the preferred strength desired for your cleaning needs. Also in the package was a pack of Lil’ Bully pens which are also used for stain removal and seemed similar to the Tide to Go sticks we often use.

I learned that Whip-It had just been launched in every Bed, Bath and Beyond in the United States and Canada. They claim that most cleaning products just take out the initial stain and don’t get rid of the stain completely whereas Whip-It is different in addition to being environmentally friendly. 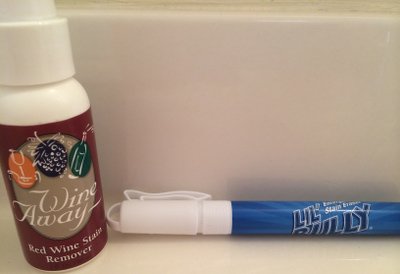 It was time to put the Whip-It cleaner to the test. The most widely known red wine stain remover is undoubtedly Wine Away. I sacrificed a t-shirt and some red wine for the test and made three spots on my shirt. My plan was to let the stain dry for one hour, wash the shirt, and then see the results. I decided to mark each of the spots with a black marker so I could easily identify the locations after the washing. I did probably use more red wine than a normal accidental stain, but it would depend on the situation. 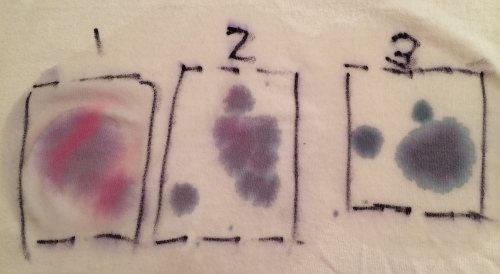 In location number one, I used the Lil’ Bully pen and location number two was Wine Away. The third location was Whip-It diluted at the strongest strength called Professional Strength because it said that strength was for red wine. After an hour of drying to simulate being out of your house, coming home, and needing to remove the stain, I then applied the cleaners.

Lil’ Bully was the toughest to apply since it required scrubbing of the stain. Wine Away and Whip-It simply needed spraying. I was surprised that both Wine Away and Whip-It changed the color of the stain the same. I washed the shirt with a small amount of fragrance-free detergent, but did let it air dry instead of using the dryer. After the shirt was dry, it was time to look at the results. 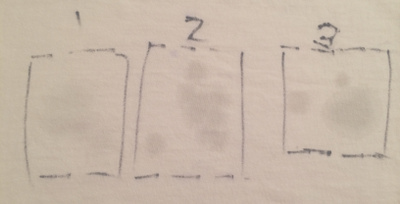 I was surprised that the Lil’ Bully pen had removed the stain the best and both Wine Away and Whip-It was again about the same. In an earlier test when I just had the Lil’ Bully pen and Wine Away, Wine Away did a far better job. I’m not sure what the difference was this time, but I decided not to try it a third time. 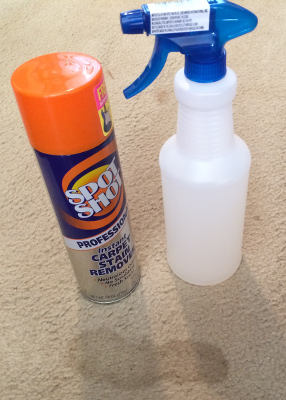 The Professional Strength for Whip-It said it was for pet accidents and we often have those too. Our go-to product in those cases is Spot Shot, which I consider a miracle cleaner. I found a spot on the carpet and first used Spot Shot on one side of the spot and the other side with Whip-It. To my pleasure, Whip-It had removed the spot just as well as Spot Shot. Another miracle cleaner! 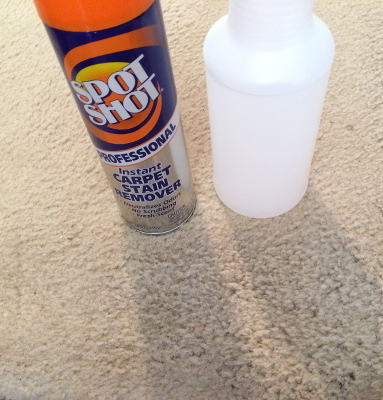 What did I decide after these tests? For any red stains on fabrics, I’ll probably carry a Lil’ Bully stick along with a small bottle of Wine Away just in case. Whip-It did the same job as Wine Away and probably would be more cost effective over the long run. I suggest you try your own test.

For pet stains, I’ll use Whip-It next time to ensure it really does work as well. If not, I’ll go back to Spot Shot. Again, this is a good chance for you to do your own comparison and make your own decision. In either case, Whip-It and Lil’ Bully are two products you should not ignore when you see them on the store shelf.

Good stuff! As well as Wine Away has treated me over the years I have never like the smell. Does Lil’ Bully smell at all?

I’d have to smell it again when I get home but nothing bothered me at the time.

That you didn’t notice any smell says it all. The Wine Away smells so much like oranges. I love that, but not while I’m drinking a bunch of wine. Thanks again Jeff – Randy

We both just smelled Lil’ Bully. It has a faint smell but the Wine Away is stronger.