Lost Draw Cellars is located in Fredericksburg and opened recently on November 21, 2014. The winery is owned by Andy Timmons, Andrew Sides, and Troy Ottmers. Kim McPherson from McPherson Cellars and his assistant winemaker Spenser Igo are making the wine under Andy Timmons’ watchful eyes. Besides being the owner of Lost Draw Vineyards, Andy Timmons wants to expand his knowledge and learn how to make wine too.

We were fortunate to have a preview of Lost Draw Cellars in October and we wrote about our visit. Instead of repeating the information here, it would be better to read about our visit at that time. 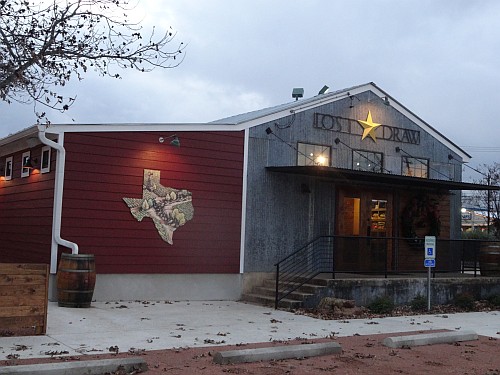 Now that Lost Draw Cellars is open, it was time to make a return trip to see the finished winery. We arrived at the winery and it had progressed nicely. We were greeted in the tasting room by Matt White whom we had met before during our previous visit and now we got the chance to meet co-owner Andrew Sides. 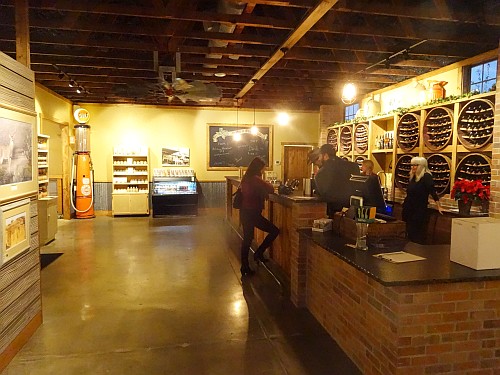 The shelves and cabinets behind the tasting bar were designed with wine barrels. The shelves have the barrels holding wine bottles and the cabinet doors are actually from the barrel staves. Personally I think this is the best design using wine barrels I have seen. 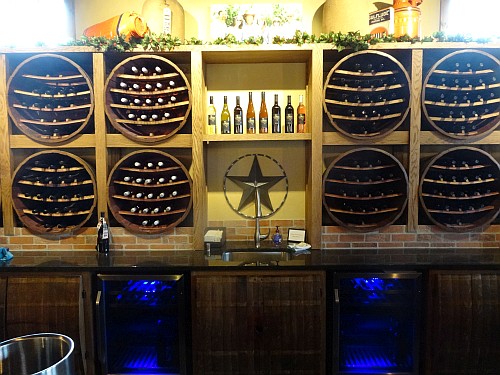 Here are the wines which are currently available:

We learned the name arroyo in Spanish means a stream or creek. Lost Draw is a creek in the Lubbock area from which Lost Draw Vineyards and now Lost Draw Cellars get their names. Gemütlichkeit is a German word meaning togetherness or fellowship. Everyone was having fun trying to say the word and while we were there another customer came in. Coincidentally we learned she was German and she taught everybody how to say the word correctly.

We were excited to try the 2012 Tempranillo which was the top wine chosen in the Battle of the Texas Tempranillos recently. Since Gloria and I had managed the competition and not been judges, this was our first taste of the Tempranillo and we were not disappointed. 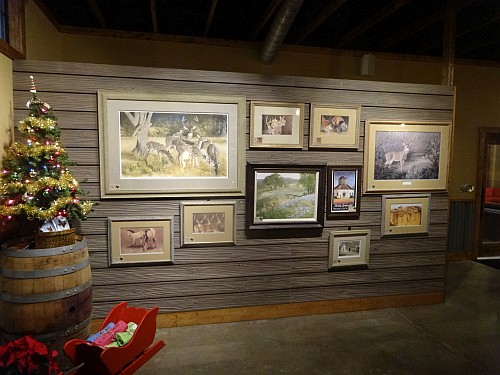 There is a nice gift shop with various items for sale such as clothing, wine accessories, and different foods. All the foods are from local companies. One wall in the tasting room has art available for purchase from a local artist.

There is another wall that has a chalkboard with the saying Pour It Forward. The idea was explained and we do not recall seeing it done at another winery. A person can prepay for a tasting, glass of wine, or bottle and then can specify who they are buying it for. The recipient’s name is then written on the chalkboard. There are general recipients on the board such as for a military member, teacher, etc. 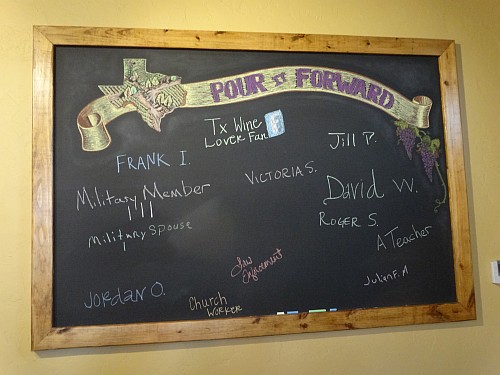 Live music events have been held in the nice courtyard and more are planned. A Christmas party will be held on December 19th. The Grand Opening will be held on January 24th with music and a food truck. The interesting thing about the food truck is the town of Fredericksburg did not have the correct permits available for a food truck so Lost Draw Cellars worked with the town to establish the right permits. Other wineries in the area have food trucks but they are outside the city limits. 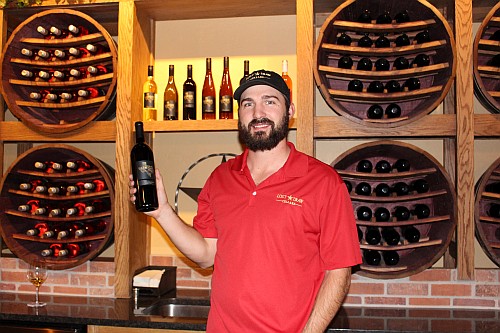 So far 3,108 cases of wine have been made. That’s right; Andrew Sides knew the exact number. There is a wine club at Lost Draw Cellars for fans to join.

We had a great visit at Lost Draw Cellars and we are sure wine lovers who come to Fredericksburg will also enjoy their visits.