Pemberton Cellars is located in Granbury and is owned by Jeff and Lynn Pemberton with their son Dax Pemberton. The winery opened on June 14, 2014. 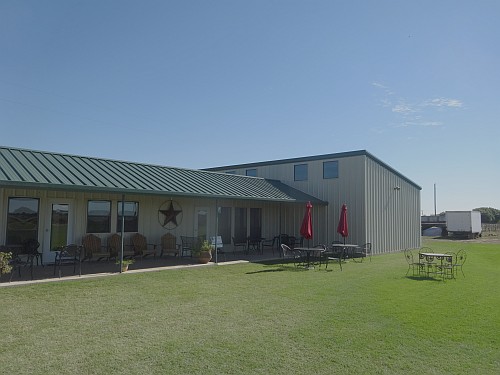 I first met Jeff Pemberton at Newsom Grape Day and later had a chance to visit him at his winery. Pemberton Cellars is very easy to find with a large 7.5 acre vineyard planted in front of the vineyard. As I learned later from Jeff, the vineyard was planted in 2009.

I met Jeff Pemberton in the tasting room and at the time of my visit, he had two wines to taste. One was a Texas Viognier and the other was a 2012 Texas Tempranillo, both from the Pemberton Cellars vineyard. Tastings are done while standing at the tasting bar. There is a small tasting fee and the wines are poured from the uncorked bottles. While I was starting my tasting, Dax Pemberton arrived and I had the opportunity to meet him. 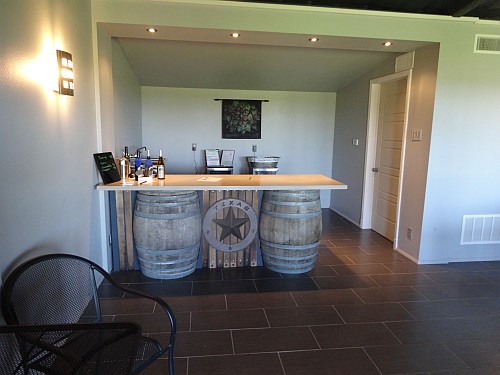 Jeff said they had more wines to bottle and had just finished bottling one in the adjacent production room the previous day. Other wines to be bottled were a Cabernet Sauvignon, Ruby Cabernet, Riesling, Zinfandel, Chardonnay, and Sauvignon Blanc. 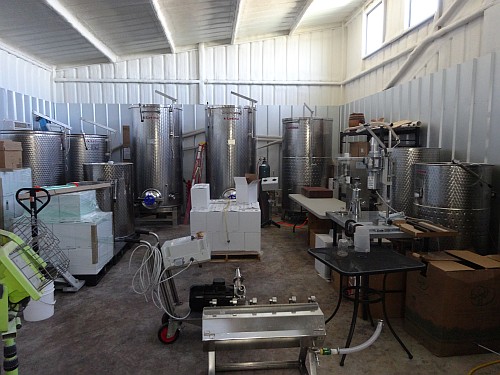 All of Pemberton Cellars wines use 100% Texas grapes. Jeff and Dax Pemberton share the winemaking duties and Jeff takes care of the estate vineyard. In 2012, they produced 250 cases of wine and in 2013, they produced 500 cases. 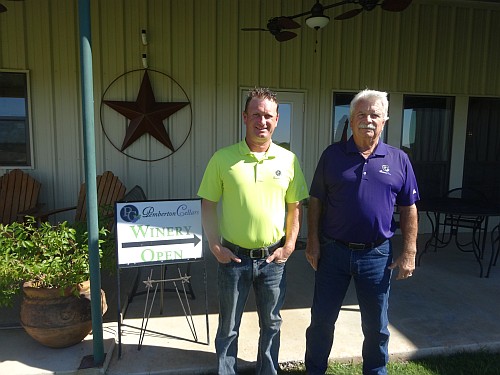 A concert was held for the winery’s grand opening. Jeff said when the current wines are all bottled, they will have more entertainment at the winery.

Even though Pemberton Cellars just opened in June, I could tell that you need to keep watch on this up and coming winery.

Jeff Pemberton, it has been a long time. My sister-in-law lives near Granbury, in Acton. Next time up that way, I’ll look you up. Terry