Ever since the announcement that Lost Draw Cellars would be opening in Fredericksburg, we have been keeping a watchful eye since we knew the winery had to be good. Lost Draw Cellars is a joint venture between Lost Draw Vineyards owner Andy Timmons, Andrew Sides, and Troy Ottmers.

We knew we were going to be in Fredericksburg for the Texas Hill Country Wineries October Wine Trail event, so I contacted Andy Timmons about the winery. He told me, “Kim McPherson and his assistant winemaker Spenser Igo are making my wine here in Lubbock where I can help in the process and hopefully learn a lot in doing so. My nephew, Andrew Sides, married his college sweetheart from Fredericksburg and her dad has a building we are renovating right behind H-E-B in Fredericksburg.”

Andrew Sides’ father-in-law who had the building was Troy Ottmers, a retired oil and gas distributer in the wholesale fuel business. Troy’s family has been in the oil business for years when his grandfather purchased Ottmers Oil in 1936. 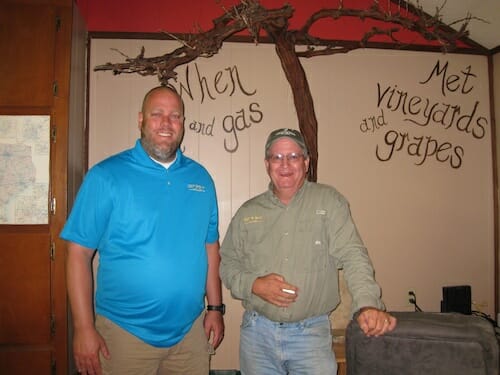 We made plans to get a sneak preview of the winery with Matt White, General Manager of Lost Draw Cellars. It was an early morning meeting and as fortune would have it, it finally decided to rain in Fredericksburg and it was pouring. We arrived at the winery and the building along the street is going to be the offices for Lost Draw Cellars. We were very pleased to learn the man waiting on the front porch was Troy Ottmers. 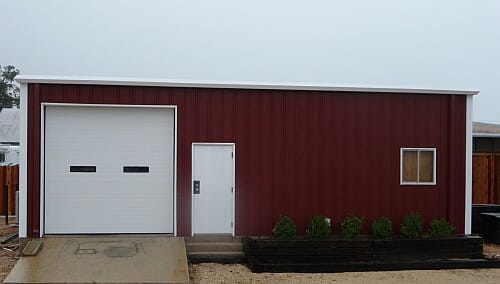 We introduced ourselves to Troy and then we met Matt White. We decided to venture back out into the rain to the rear of the office building to walk to the winery. The first building behind the winery will be the barrel room. As we arrived at the winery, Troy explained how the street we were on used to be a big center for oil and gas for different well-known companies. A railroad behind the buildings would arrive, get loaded up, and make a return trip. Troy said he had retired five years ago, but when the idea of selling wine instead of wholesale fuel came along, he decided to get on board.

Lost Draw Cellars is planning on having a couple local Fredericksburg people to be tasting guides and after we heard the very interesting story about the wholesale fuel business and the railroad, I asked if the guides would know the story and be relaying it to the customers. Indeed they would which will make Lost Draw Cellars even more of a draw (no pun intended). 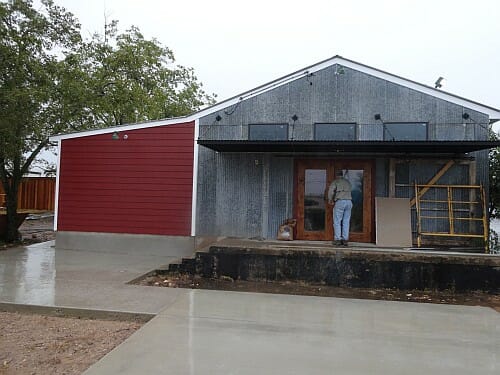 Troy and Matt described the tasting room which was under construction and how it would be decorated along with local art on one of the walls. Troy mentioned a couple times how they wanted the winery to be quaint, but I gave him a little warning that if you build it, they will come, and I can envision many people wanting to visit. 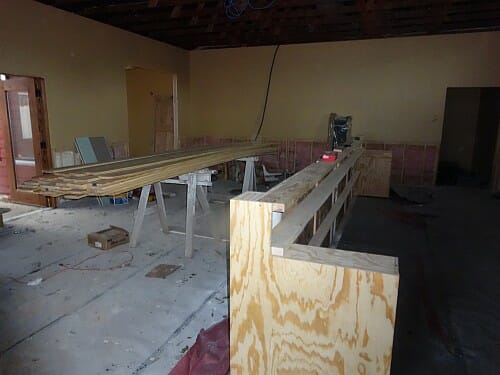 As we were heading back to the office to say goodbye, another gentleman arrived to say hello to Troy. We learned there is a dedicated coffee group who have met in the office every morning for over ten years, and they were all hoping that would not be lost in the opening of the winery.

Lost Draw Cellars is currently planning a soft opening around Thanksgiving this year. With the quality grapes from Lost Draw Vineyards and the winemaking skills initially from Kim McPherson, there should be no doubt that Lost Draw Cellars will be a winner. 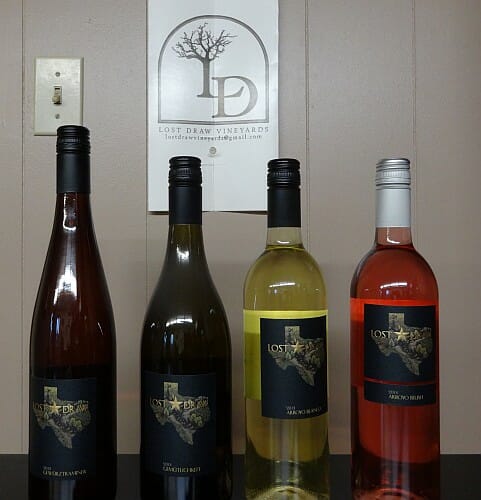