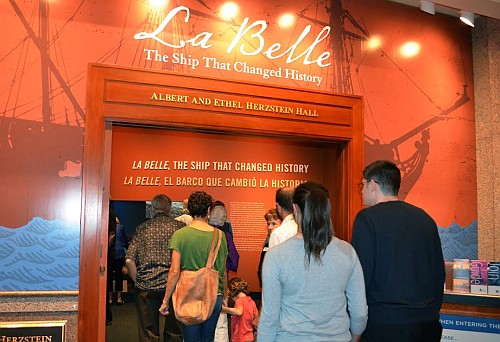 Hye Meadow Winery recently worked with the Bullock Texas State History Museum in Austin to create a wine experience that would honor the new La Belle exhibit at the museum. When the Bullock Museum unveiled its latest exhibit, Hye Meadow Winery had a key role. The Texas winery had offered its Hye-Albert Cuvee to celebrate the exhibit La Belle: the Ship that Changed History. Bullock Museum staff embraced the partnership, creating a commemorative label that celebrates both the ship and the sparkling wine. 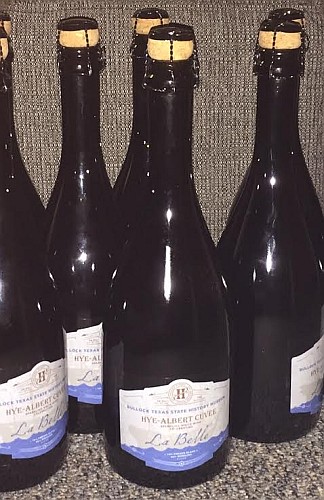 Hye Meadow Winery was honored to be a part of the Bullock Texas State History Museum’s latest exhibit, which explores the impact of the ship La Belle which sank in the 17th century. “It’s been an honor to be a part of this historic exhibit,” Hye Meadow owner Mike Batek said. “The Hye-Albert Cuvee was an appropriate way to honor the French ship La Belle.”

The cuvee, along with a number of additional Hye Meadow wines, was served at the grand opening of the historic exhibit.

La Belle: The Ship That Changed History is the Bullock Museum’s most ambitious exhibit to date and one that brings one of the most important shipwrecks in North America to life. La Belle, the sole surviving ship of La Salle’s ill-fated expedition to establish a French colony in the southern United States, sank in Matagorda Bay in the late 17th Century.

The finding of the ship in the 1990’s sparked the museum’s formation. For nearly 20 years, marine archaeologists have worked to preserve the hull timbers, cannon, and other artifacts from La Belle. It is now taking its final journey as it is reassembled in its new permanent home at the Bullock Texas State History Museum.

Widely lauded by museum officials and supporters as one of the most fascinating and significant exhibits ever mounted in a Texas museum, the La Belle exhibit was revealed to the public at the exhibit opening on Oct. 23, 2014.