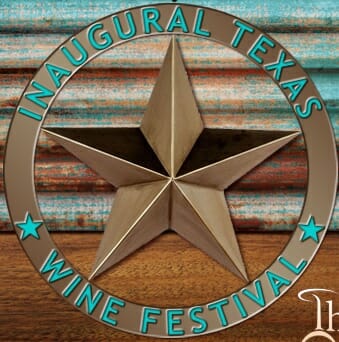 The Empty Glass
is a wine bar located in Tomball, Texas, and the majority of wines they offer are from Texas wineries. On October 5th, they held their 1st Annual Texas Wine Festival.

The festival was held in the park opposite the Empty Glass and winery and beer tents lined the park along with live entertainment at one end. Tickets could be purchased online or when you arrived at the festival. There were two different tickets available. One was a normal festival ticket for $25 which included a plastic wine glass (probably park rules) and 10 drink tickets. The other ticket available was a VIP ticket for $75. This ticket got the same glass and tickets, but there was a VIP section available on the Empty Glass’s patio that provided unlimited tastings of 12 wines not available in the winery tents. Also available was a selection of food.

A portion of the ticket proceeds went to two charities, AAR (Abandoned Animal Rescue) and Cap For All.

We had VIP tickets so we visited the Empty Glass first since it was noon and we were hungry. The buffet of food had trays of deli meats, cheeses, fruit, and other goodies. Covered buffet servers were present and when we opened the first one, we were shocked. Inside were shish kebabs of beef and chicken. Now I’m not talking about typical shish kebabs of meat. These were huge! A beef kebab had about four pieces of meat and one piece was all I could eat as it was so large, and delicious. The next server had vegetable kebabs with large pieces of vegetables and the last buffet server had mashed potatoes. There was definitely no fooling around with the offerings of food here. Later a tray of chocolate covered strawberries appeared which made an excellent finish to the food.

The 12 wines available in the VIP section were divided among three different stations so one was always nearby. Another benefit of the VIP ticket was getting a glass wine glass which was donated by Messina Hof. The patio seating was comfortable which was good because a Houston Texans football game was on the television and everybody was enjoying the game.

We next ventured out into the park and the wine and beer tents. The wineries who were present were:

The beer tent had Karbach Brewing Co. beer. At the end of the park was the entertainment stage. The musical acts who performed were:

Also available at the festival was Celebri-T’s PhotoBooths which allowed you to get dressed up in all kinds of fun wear for a photo booth experience. Surprisingly absent from the festival were vendors offering arts and crafts. 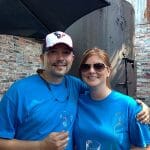 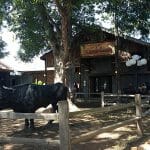 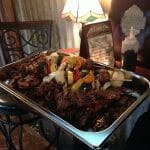 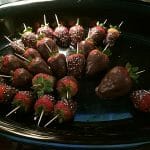 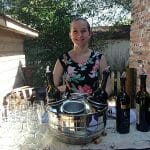 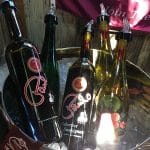 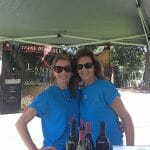 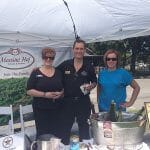 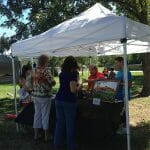 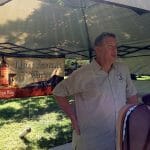 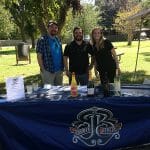 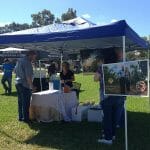 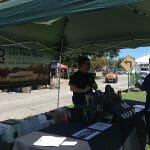 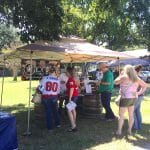 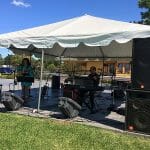