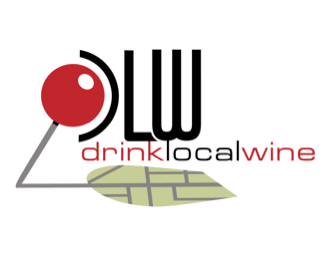 October 6, 2014 (Hudson River Valley, New York) – Drink Local Wine (DLW), the organization whose goal is to bring greater attention to regional wines, announces that the seventh annual Drink Local Wine Week (formally Regional Wine Week) will take place the week of October 12, 2014. The members of DLW encourage all North American wine critics, bloggers, and broadcasters to participate in the virtual event by publishing an article, blog, or broadcast on wines from their local area.

“We’ve made great strides over the past several years with building recognition for lesser known areas,” says Michael Wangbickler, President of the Board of Directors for Drink Local Wine and CEO of Balzac Communications & Marketing. “Regions in the states of Virginia, Michigan, Maryland, Texas, and Colorado have all been receiving more press and consumers are starting to realize that wine is made in other states besides California, Oregon, and Washington. I’d like to believe that DLW has played a part in that, but there is still more to do. Drink Local Wine Week gives us an opportunity to showcase wines that don’t get as much recognition in the press.”

Drink Local Wine Week is an annual event that recruits and encourages bloggers and wine columnists to write something about their local wines. It is the original activity on which Drink Local Wine was founded, and continues to this day to increase attention for local wines among both the wine trade and consumers.

“Wine Country is everywhere,” says Dave McIntyre, DLW co-founder and wine columnist for The Washington Post. “Adventure and discovery await as we explore wine from around here, wherever here happens to be.”

“The exponential growth of the American wine industry over the last ten years has led to thriving industries all over the country,” says Michael Kaiser, DLW Board member and Director of Public Affairs for WineAmerica. “Drink Local Wine is working to put the focus on the lesser known regions not as a competition with the established regions, but as a complement to them. A growing industry benefits consumers as well as winemakers.”

“To me, a large part of the enjoyment of wine is exploration and discovery, the adventure of tasting the vast diversity of wine, from obscure grapes to lesser known wine regions,” says Richard Auffrey, DLW Board member and author of The Passionate Foodie. “Exploring wine from states all across the U.S., from Massachusetts to Maryland, from Texas to Colorado, is exciting and I’ve found plenty of worthy wines. More people need to expand their palates and taste wines outside of California, Oregon and Washington.”

“Eating local, or the ‘locavore movement,’ has almost become cliché,” says Gil Kulers, DLW Board member and author of The Atlanta Journal Constitution‘s Kulers Uncorked wine column. “What has gotten lost in our rush to eat local is a greater interest in drinking local. Drink Local Wine Week celebrates the Locapour Movement.”

“The phrase ‘variety is the spice of life’ is particularly true when it comes to wine,” says Dezel Quillen, DLW Board member and author of My Vine Spot. “Adventurism, exploration, and discovery all things I embrace, are the key to stumbling upon hidden gems from lesser known US wine regions. Trying the wine is the hurdle – high quality, personality-driven wines can be grown in areas of the US that one wouldn’t imagine. Just have an open mind and keep tasting and trying new things!”

“Wines are like people,” says Richard Leahy, DLW Board member, wine consultant, and author of the book Beyond Jefferson’s Vines. “What a bore it would be if there were only six variations of human beings. Well, it’s like that with most of the wine you see in supermarkets or on most restaurant wine lists. In Eastern North America we have not just dozens of grape varieties, but several different species of grapes; it’s the most diverse wine region on the planet, plus the climate differences and specialties of the many states, makes it the Last Frontier of the wine world. Since there are wineries in every state, there’s something uniquely local to discover in your backyard!”

Drink Local Wine Week is an opportunity for wine media throughout the country to support their local wineries. Those interested in participating in Drink Local Wine Week 2014 need only write an article or record a broadcast and send a link to drinklocalwine@gmail.com. Drink Local Wine will include any articles written on the DrinkLocalWine.com website, with links back to the original.

The kickoff of Drink Local Wine Week 2014 will be TasteCamp 2014, with which DLW has partnered this year. TasteCamp is an annual event that immerses writers and bloggers in a new-to-them wine region. TasteCamp 2014 will take place in the Hudson River Valley October 10-12, 2014.

“What interests me most about local wines is how wines from various places express themselves differently,” said Katie Myers, DLW Board Member and communications manager for Nomacorc. “Riesling from New York shouldn’t taste like Riesling from Mosel, and each should be celebrated for their own virtues. That’s part of why Nomacorc became involved with Drink Local Wine – because it aligns with our mission of providing tools for winemakers to express themselves the way they intend. I’m glad those common goals have allowed me to discover so much more about this diversity of expression in every North American region.”

“We all know that there are great wines being made in California, Oregon and Washington,” says Lenn Thompson, DLW Board member, founder of TasteCamp, and Executive Editor of the New York Cork Report. “Where’s the fun in only drinking those wines? I’d rather scour the lesser-known corners of the American wine industry. That’s where you’ll find distinctive, delicious wines that taste different from wines made anywhere else in the world and wines that not everyone knows about — yet, anyway. When you drink local wine —- from wherever local might be for you — you can get to know the people behind those wines, maybe even befriend them, and come to understand and appreciate their passion and their craftsmanship. That’s when wine enjoyment peaks — when it’s about more than just fermented juice in a bottle.”

TasteCamp is an event for the trade and media. Space is limited, but those interested in attending TasteCamp 2014 may visit www.tastecamp.com or www.drinklocalwine.com to register or find out more information.

Drink Local Wine is an organization founded on the principal that there are great wines to be found everywhere, not just in the best known regions. A non-profit organization, the DLW mission is to promote the wines of these lesser known regions throughout the United States and Canada. The brainchild of Dave McIntyre of the Washington Post and Jeff Siegel, who writes the Wine Curmudgeon blog, the organization holds two major events each year — a conference highlighting local wine and Drink Local Wine Week, when bloggers and writers from across the continent write special pieces about their favorite local wines.

Founded in 2009 by Lenn Thompson, executive editor of New York Cork Report, TasteCamp invites influential drinks writers and bloggers on a weekend-long immersive experience in a specific wine region. The annual event has generated significant media attention for the areas in which it has taken place, offering emerging wine regions an opportunity to present their wines to a passionate outside audience, and an opportunity to shine a different light on local wine production and create new conversations with local winemakers. After the inaugural year in Long Island wine country, TasteCamp has taken place in the Finger Lakes, Niagara (both Canadian and New York sides), Virginia, and Quebec.