Paul M. Bonarrigo, CEO of Messina Hof Winery & Resort, announced Friday night, August 1, at Messina Hof’s Moonlit Harvest event in Bryan that Messina Hof would be opening their first urban winery in Grapevine. This will be the third location for Messina Hof that also has a location in Fredericksburg.

First to speak at the event was Grapevine mayor William D. Tate who has been the mayor of Grapevine for 39 years. Tate said, “We became the home for the Texas Wine and Grape Growers Association. We created GrapeFest which has become the largest wine festival in the southwest. We have been recognized as an international festival and event city. About 20 years ago, we started putting together a chain of wineries and tasting rooms and they have been very good to us in defining who we are in building our community. When the beautiful facility we call the Wallis Hotel became available, the product we really wanted was Messina Hof.” 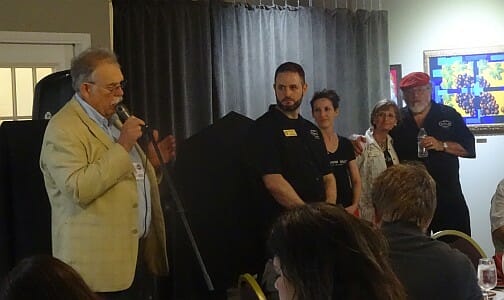 Messina Hof co-founder Paul V. Bonarrigo spoke about Grapevine saying, “There was a dream of GrapeFest and they said ‘We’re going to have the largest wine festival in the southwest.’ We participated and there were 500 people who came down to Main Street in the park and it was the dream and vision of the mayor and the city council. It’s the most amazing city I have ever seen where they plotted a course and exceeded every element they ever put out that they were going to do.”

Bonarrigo continued, “This is something Messina Hof has been working on for many years. We have wanted to be in Grapevine because we want to be part of the energy that exists in Grapevine.”

Paul M. Bonarrigo spoke and said, “It’s a tremendous opportunity for Messina Hof to be able to share our product with many new customers and be able to have them experience who we are as a company. We will be going into the two story Wallis Hotel which we are very excited about because there is a lot of history associated with it. It will be a full-scale production facility with event spaces and retail space. We will do wine on tap and we’ll actually have 18 taps.”

The Messina Hof Wine Bar in Bryan has had great success with wine on tap and they are looking forward to expanding the concept. 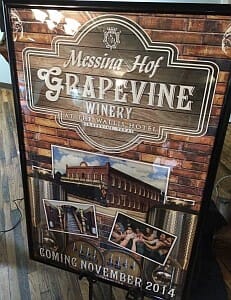 The Messina Hof Grapevine Winery in the Wallis Hotel is located at the corner of Main and Texas Streets in the heart of Historic Downtown Grapevine. Blueprints were available at the announcement with the first and second floors in addition to what the building looks like today. The Grapevine location is scheduled to open November 2014. 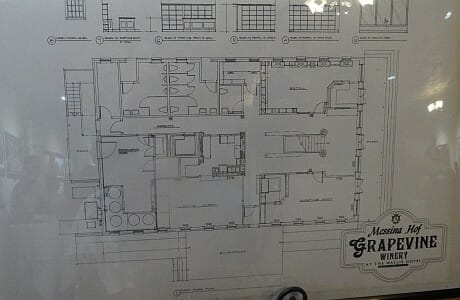