I met Randy and Brooke Hester last year at Newsom Grape Day. We talked briefly and I learned they were native Texans but currently living in California while making wines there with the name Lightning Wines. However, they would soon be moving back to Texas and had some ideas on what they wanted to do when that time came. 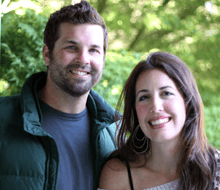 I heard from Randy earlier this year when Edible Marin & Wine Country had a post on winemakers who were in California that moved there from somewhere else in the South. Soon after, the Lone Star International Wine Competition held their competition and Lightning Wines won three medals, a Gold for their Syrah and two Silvers for a Grenache and CdP Blanc. I thought it was time to find out more about the Hester’s story and plans on moving back to Texas.

Randy and Brooke Hester moved from Houston to Napa Valley in 2006. They left behind their friends, families, careers, and everything that was familiar and safe to them. Randy said, “I started taking classes at Napa Valley College right away. Meanwhile, Cakebread Cellars offered me an internship making $12/hour, which I was ecstatic to accept. After that harvest, Cakebread hired me full time, and I remember feeling like a first round draft pick. I learned so much from that company and from the people there that I will never forget. They taught me what it takes to work in a successful winery.

“My next big win came in 2008 when I accepted an internship with Colgin Cellars. If Cakebread taught me how to really make wine, Colgin took my skills and my knowledge to a whole other level. At Colgin I learned that everything matters. Every move you make in the winery can be detrimental to the final outcome. To this day, I plan, prepare, and execute my movements with that in mind. Like the guy who hired me there said, ‘Just make sure you don’t mess it up.’ Enough said.

“I worked at Caldwell Vineyard in 2009, and everyone there made me feel like I was part of the family. It was my first exposure to high-end custom crush, and I was in awe of the group of winemakers that I was working with. I just concentrated on everything I had learned at Cakebread and Colgin, and tried not to mess anything up.

“One of the winemakers from Caldwell, Helen Keplinger, actually referred me to Mike Hirby, then the rock star winemaker at Realm Cellars. I worked for Realm in 2010, 2011, and the first half of 2012 as their day-to-day winemaker. While at Realm, I also had the opportunity to work with Michel Rolland, who was their blending consultant. The education and experience that I accumulated during those sessions is invaluable to me, and a highlight in my winemaking career. Mike left Realm in 2011, but not before helping me find my first ton of Grenache to start my personal label, Lightning.

“For the 2012 harvest, an opportunity presented itself to work with Andy Erickson. Before I moved out to Napa, I made a list of 50 top winemakers and/or wineries that I wanted to work with. If I had the chance to work with any one of them I would feel validated in pursuing this path. At this point I have had the good fortune to get to know and work with many of them, but Andy had always been at the top of my list. Needless to say, it has been enlightening and it has been a thrill.” 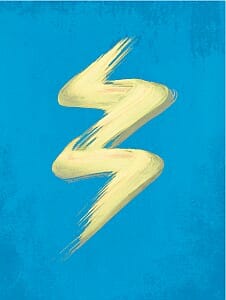 I asked Randy what his current plans were. He said, “We will continue to establish our California brands and work on California consulting projects. My personal brand is Lightning, and a brand that I make for Naked Wines is a Sauvignon Blanc called Rachis. I have also made Napa Valley wines for a California investor under his personal label, and for a family out of Highland Park who has yet to officially name their wines. The goal of my work in California is to cement myself as a respected winemaker.”

Since Randy and Brooke said they were moving back to Texas some time, I asked Randy about his plans on that and making Texas wine. Randy replied, “In 2006, my goal was to learn to make wine at the highest levels. Then I could take all of that knowledge and all of those experiences back home to Texas in order to help raise the level of the entire industry. The Texas industry is not far from a significant breakthrough, and it remains my goal to consistently make wine in Texas that is respected on the world stage and consumed by wine drinkers everywhere, not just in Texas.

“Making Texas wines is the first step of the last phase of my ten year plan here in California. By the start of 2016, I will be selling my Lightning wines and my Texas wines in Texas and I will be moving back to Texas for good. I will continue to make wines in both states, for both of my personal labels and in various consulting capacities. I hope to work with several Texas wineries and make a real push for national and international recognition for our industry, as well as with personal investors who wish to have their own label.

“This year I will make Texas wine from Texas grapes in Texas. Towards the end of August I will be processing about five tons of grapes from the High Plains at Texas Custom Wine Works in Brownfield. These wines will be the start of my Texas brand. I am also working with a very successful Texas winery who has been at it for a long time.”

I learned from Randy when he was back in Texas recently that the Texas winery he is working with is Lost Oak Winery and he was working with owner Gene Estes and winemaker Jim Evans.

I asked Jim Evans about his time working with Randy Hester. He said, “Randy is an incredibly sharp fellow with great experience and a deep knowledge of winemaking. I’ve never really worked with another winemaker and wanted to get another set of eyes on things. We had a great time and I came away feeling good about where we are and I definitely have some new ideas for this upcoming harvest. Two things happened here: I have a renewed perspective about winemaking and I made a great new friend.”

Randy said for his personal brand Lightning Wines, he will make close to 20 tons of small batch, vineyard designated Grenache from different growing regions around California, as well as about 55 tons of Sauvignon Blanc for Naked Wines. So he is officially working on wines in both Texas and California.

When asked if Lightning Wines will be the name for the Texas Wines, he replied, “It definitely won’t be Lightning. Our Texas wines will be completely separate from our west coast projects. These will be Texas wines made by a Texan with Texas grapes.”

After hearing how Randy and Brooke have done in California and the plans for Texas, I personally am looking forward to seeing a new Texas wine label available soon in Texas.