1. A band of colors, as seen in a rainbow, produced by separation of the components of light by their different degrees of refraction according to wavelength. The entire range of wavelengths of electromagnetic radiation.
2. Used to classify something, or suggest that it can be classified, in terms of its position on a scale between two extreme or opposite points. 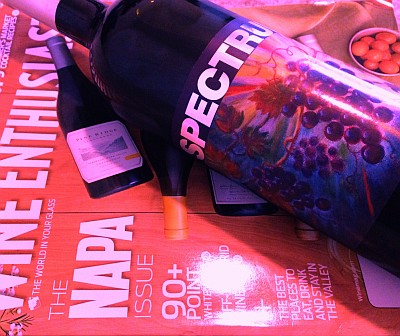 If you are in the know concerning Westcave Cellars, then like me, you have been impatiently awaiting the release of the 2012 vintage Westcave Cellars Spectrum (red). Once Margaret teased me with a vague release date last year, my palate has been eager to be caressed by the sweet nectar of the Spectrum. You know this is a special bottle of wine as soon as you pick it up. The heavy bottle, deep punt, and gorgeous label all scream, “I am a very special release!” Upon first sniff and taste, this baby was tight and really showed her youth. As with any young wine, I knew that only time in the open air was the cure. I gave it some time and came back to my crystal Bordeaux glass, grabbed the fragile stem and began to swirl. She was alive!

Aromas of red fruit and sweet spice erupt from the glass. Plums, figs, and pomegranates dominate the senses with a hint of warmth from the French Oak barrels. Once on the palate, the nose is confirmed with the addition of a hint of cranberry. It is very red fruit oriented, with that tell-tale fig-i-ness that I have come to love about Allan’s winemaking. Just imagine the bouquet of a freshly opened bag of fig newton cookies. Yummy! There is an old world component to all of his creations that don’t quite fit the general consensus in regard to being old world style, but if I close my eyes and take a sip of this wine, I am immediately transported to the banks of the Gironde River, Bordeaux. Now, on to the nitty-gritty.

Body: Medium to full and round. 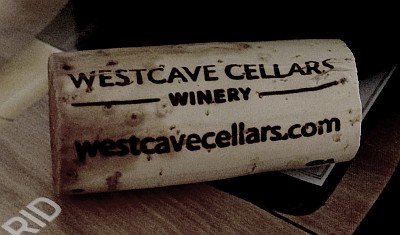 This wine drinks well now but will really continue to open up after some time in the cellar. I expect more complexity six months down the road, although the variety of red fruits and fresh acidity I detect on the palate are enough to really enjoy this wine now in its youth. We paired this wine tonight with spaghetti and garlic bread and the ample acidity complemented the lighter red sauce in the pasta. A nice heavy cheese such as a goat cheese would be a fantastic pairing. Overall I see this as a being a big hit at Westcave Cellars.

Share this
MENU
wpDiscuz
0
0
Would love your thoughts, please comment.x
()
x
| Reply
Send this to a friend