Marker Cellars is located in Alvord and is owned by Mark and Becky Rogers. The winery opened November, 2012. Mark is also the winemaker.

My friend Dave Potter made the trip to Marker Cellars with me. He had been there before and since tastings are by appointment only, he arranged as we got closer to the winery to have Mark waiting for us when we arrived. 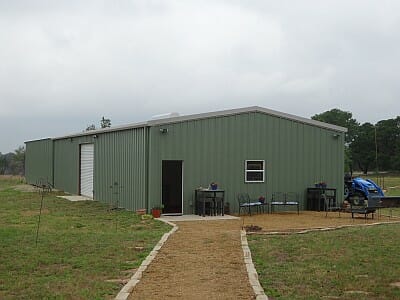 Mark Rogers greeted us and directed us to the winery and the first room you enter is the tasting room. From the tasting room, you can see the production room through the large glass window.

Tastings are done while standing at a table in the tasting room. Currently the tastings are complimentary for the number of wines they have at the time. The tastings are poured from the uncorked bottles and cheese and crackers were available to cleanse your palate. 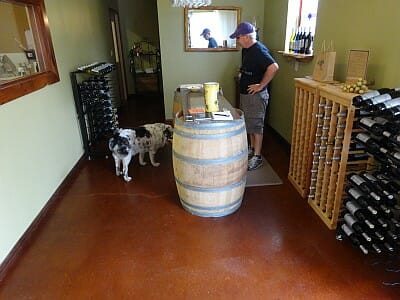 Some of the wines we tasted were:

The Chambourcin is probably the winery’s most popular wine. All of Marker Cellars wines are made from 100% Texas grapes. The winery produced 500 cases of wine in 2013 and are expecting to produce 850 cases in 2014.

Mark Rogers told us he had lived in California and spent time there visiting wineries. He was inspired by Fess Parker, actor and original owner of Fess Parker Winery, and spent time with Parker and his grandson. Mark moved to Texas in 1994 and lived in Argyle. He planted a test vineyard near Flower Mound and started making non-commercial wines. While attending Grayson County College, he was even more inspired by everybody else attending who had the same passion for wine. 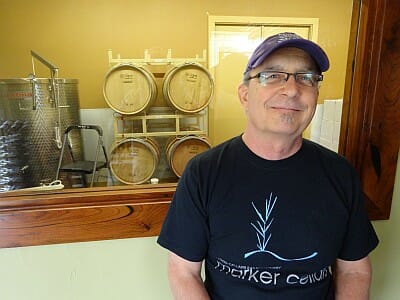 Marker Cellars was the 125th licensed winery in Texas. They have a one acre vineyard at the winery growing Syrah.

After the tasting, Mark gave us a tour of the production area. Since he does not have a cold room yet, he uses Homestead Winery for his white wines and bottling. 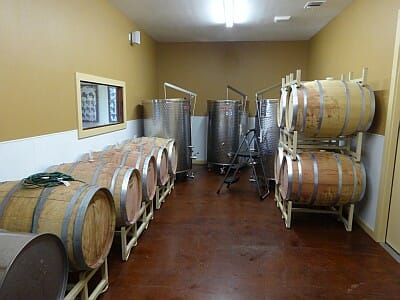 Parties are held at the winery such as bridesmaid parties, church events, and live music.

When you are planning on being in the Alvord area, plan ahead and make an appointment to visit Marker Cellars.