In December of 2013, Bingham Family Vineyards completed their purchase of Pheasant Ridge Winery. They announced the original Pheasant Ridge founder and winegrower, Bobby Cox, would be involved heavily in the winery. By the title of winegrower, he would be responsible for making wine but also for the growth of the Pheasant Ridge vineyard.

I asked Bobby Cox on the status of the progress of the winery. Bobby said they are still getting the winery in shape for how the Binghams want it to be presented to visitors. They will definitely be making wine there this year and are planning on making some fabulous wine then and in the future. A decision still needs to be made on the current wine inventory and what to do in the interim before the wine they are making this year is ready for sale.

The winery right now is open by appointment only with no regular tasting hours. They are not set up to take credit cards so it is cash only.

I visited Pheasant Ridge Winery along with Buena Suerte Vineyard owners, Bill and Gail Day, after making an appointment with Daniel Bingham, Cliff and Betty Bingham’s son, who will be under the tutelage of Bobby as an assistant winemaker. Daniel had just finished one of his tough college finals at Texas Tech University and he was at the winery with his sister, Marissa Bingham, who is majoring in enology and will also be taking part in the winemaking. 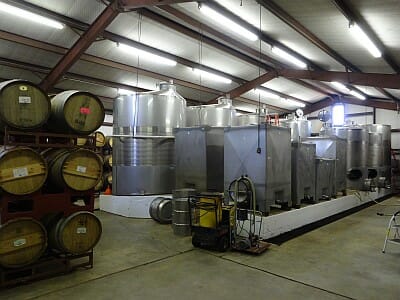 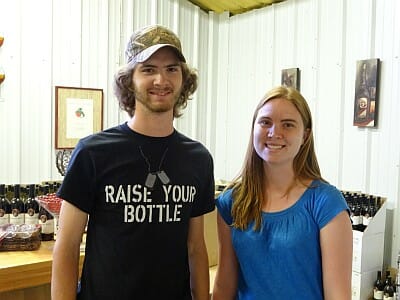 The wines they make this year will depend on whatever grapes they have left over from what they have already contracted. The current vineyard at Pheasant Ridge has been well taken care of although there are some missing pieces throughout the vineyard. Daniel believes there are plans to replace those missing vines.

Besides cleaning up the winery and getting it ready for making wine later this year, they will also be redesigning the tasting room for how they want it. Since there will be a delay from the wines they will make this year, they estimate it won’t be until 2016-2017 when both red and white wines will be available. One interesting tidbit is in addition to Pheasant Ridge Winery wine, they are planning on making a second label of Bingham Family Cellars wine. 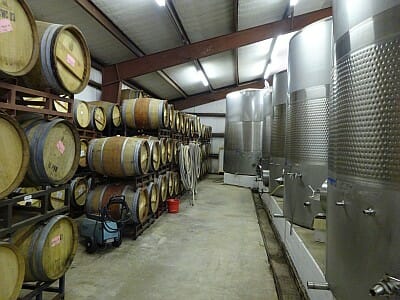 The Bingham family could have opened the winery soon after they bought it, but by making sure everything is exactly what they want, from the winery building itself to the wines available, you can bet that Pheasant Ridge Winery will eventually be a winery to definitely visit when in the Lubbock area.