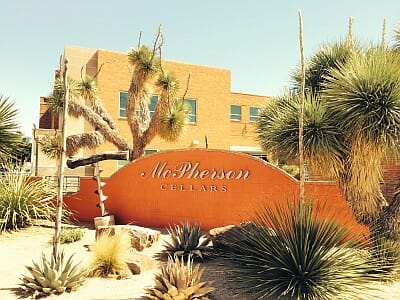 First stop was McPherson Cellars which always has a good tasting. I was told Kim McPherson was in the back bottling wine. That was nice to hear he was there because every time I have visited McPherson Cellars, he and his wife Sylvia who owns neighboring La Diosa Cellars, are out of town.

I started a tasting of the wines they had on the tasting menu that day. Some I had tried recently at 4.0 Cellars which McPherson Cellars is also a part owner, but I certainly didn’t mind tasting them again. I did ask about the Chansa label which I have been seeing more of recently. The Chansa label is used for their wine club members and for wines at the winery. The original McPherson Cellars label is the one you can find at retail stores. Okay, that cleared up that confusion. 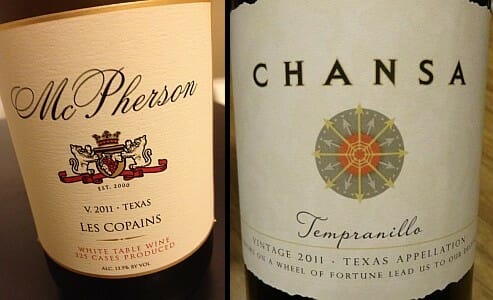 At the end of my tasting, Kim stepped out to say hello and brought me to the back where he was bottling. He was in the midst of bottling his recent Sangiovese which allowed me to ask another question. In the past there were two versions of Sangiovese, one which was from his father’s Sagmor Vineyard and another which did not identify a vineyard. I asked if that practice was going to continue since his father, “Doc” McPherson, had unfortunately recently passed away. He wasn’t quite sure because it would depend on the amount of grapes from the Sagmor Vineyard which Andy Timmons of Lost Draw Vineyards was now managing. The Sangiovese he was currently bottling was for the retail label. 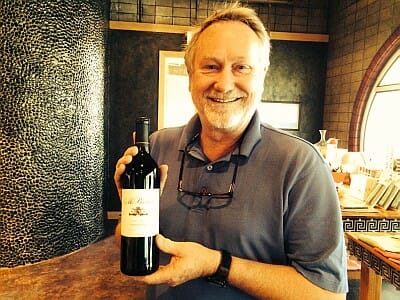 Kim then took me back to the tasting bar to show me a new label he was starting to use and asked what I thought. I looked briefly at it and said that it looked like a French wine label to which he quickly replied, “That’s exactly what I was going for!” The wine label I was looking at was for the 2013 Les Copains Rosé. On the front of the label there is a background drawing of Lost Draw Vineyards which provided the grapes and on the back label was a drawing of McPherson Cellars. Watch for this label style in your stores. 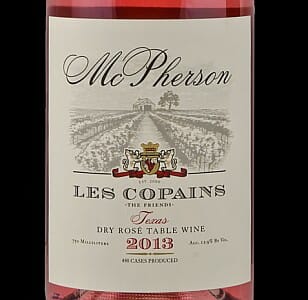 It was time to go and I thanked Kim for taking his time to visit with me. The wines of McPherson Cellars are still winners in my book.