When I visited Kiepersol Estates last August, I was fortunate to be on a winery tour when owner Pierre de Wet joined us and let the tour group be the first to taste the new vodka he was making. It was going to be called Dirk’s Vodka named after his father and could be available on the Kiepersol Estates grounds because of recent TABC law changes. Distilleries are now allowed to sell two 750ml bottles per person per month. 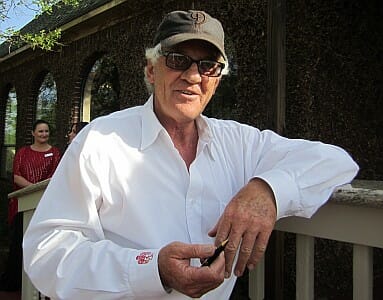 We arrived at Kiepersol Estates and since we knew we would be drinking both wine and vodka, we started trying to remember the correct saying as to the order of drinking so you don’t get sick. Let’s see, was it “Beer before liquor, never sicker…” or what? We finally determined we didn’t care, and since we were meeting a couple friends, we headed to the wine tasting room. 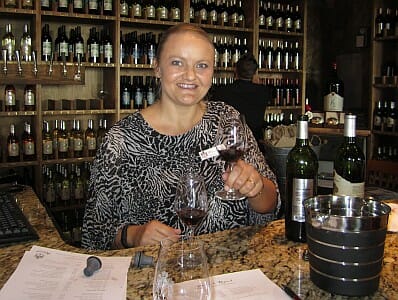 Already tasting wine at the counter was blogger and writer Russ Kane. He was being helped by Marnelle Durrett, winemaker and daughter of Pierre de Wet. We had exchanged emails before when a Kiepersol wine was included in a previous #TXwine Twitter Tuesday, so it was nice to finally meet Marnelle in person.

Gloria and I then started on a tasting of wines. It is amazing the number of wines made by Kiepersol Estates, especially since they are all estate wines meaning the grapes all come from their property. We started on the white wines including their recently released Pinot Grigio. It had been a while since Gloria had the opportunity to taste their wines and soon the tasting menu started getting checkmarks on the wines which were going to come home with us. 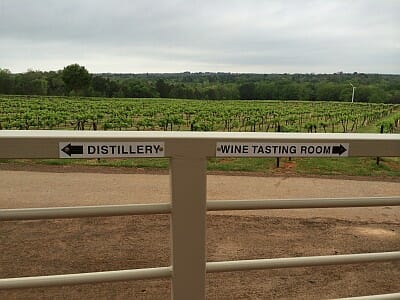 Hors d’oeuvres were then available in the tasting room and we found later the same was being offered in the distillery tasting room. After our stomachs were satisfied, it was time to cross the line between tasting rooms and visit the distillery. We learned due to regulations you are not allowed to bring a drink from one tasting room to the other. 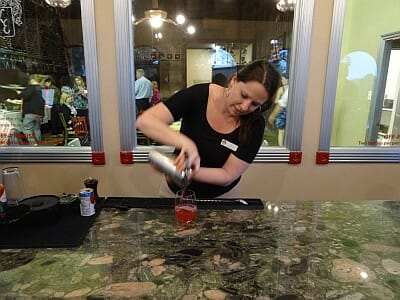 Behind the bar in the distillery tasting room was sommelier Lisa James Turner ready to prepare one’s favorite cocktail made with Dirk’s Vodka. There was a large selection of drinks which could be made and we enjoyed two different ones. 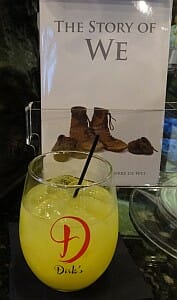 While everybody was enjoying the cocktails in the distillery tasting room, Pierre de Wet was mingling and signing purchased vodka bottles. 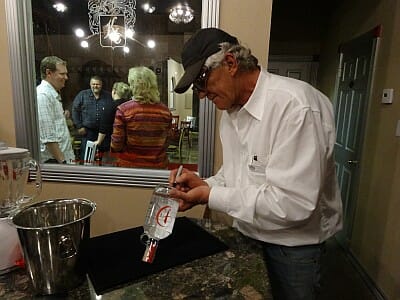 Pierre then announced to everybody he was going to give a tour of the winery if anybody was interested. A group was soon assembled and we followed Pierre to the winery. He showed us the production tanks and then we saw the large barrel room which they try to keep at 55 degrees.

After the winery tour, it was time to take the distillery tour. Jim Durrett, Marnelle’s husband, was giving the tour of the distillery and it looked different than the last time I had seen it. Four large stills which were custom designed by Pierre are used to make the vodka where it is then passed to the next room. In the next room we were able to taste the vodka in its unfinished state. 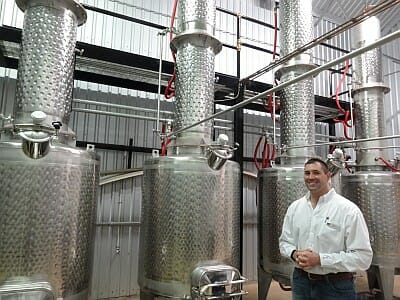 Jim, who helps with the distilling, told us they are the in process of making whiskey which should be available later this year. Unlike the vodka which is made with grapes, the whiskey will be made with a minimum of 51% corn and be called Jimmy’s Bourbon. Jimmy happens to be Jim’s grandfather and the bourbon will made to 110 proof. They are also working on a rum made from molasses which will be called Pierre’s rum and be 120 proof. 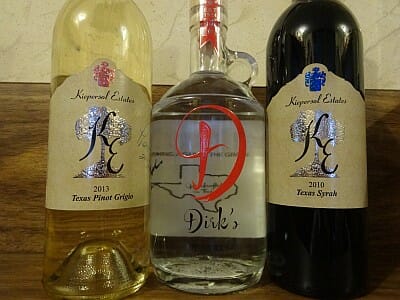