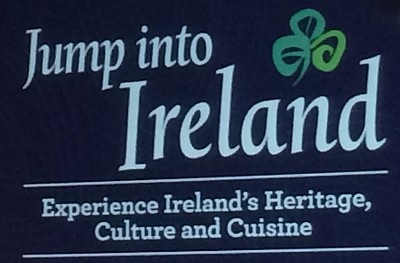 We were invited to a tourism seminar on Ireland and since Ireland is a country we have considered visiting, we were glad to attend. When the seminar opened, there were tables with Irish tourism representatives explaining the various parts of the country they represented. Playing live was the band The Jig Is Up playing authentic Irish music.

Our first question of course was, “Are there wineries in Ireland?” We were told no, but upon searching on the web later, we discovered there are some, but wine production is definitely a small minority in Ireland. Instead they make mead and there are lots of microbreweries while Dublin is the home of Guinness beer. Also very popular besides, of course, Irish whiskey, is gin and vodka.

While waiting for the seminar to begin, we enjoyed a cocktail and Guinness while listening to the band. You could almost close your eyes and envision you were in Ireland at a pub. 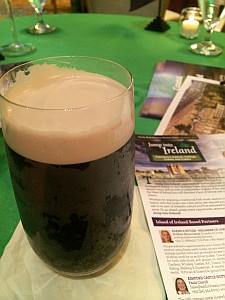 The seminar soon began led off by Alison Metcalfe, Executive Vice President of Tourism Ireland. She introduced Michael Ring TD, Minister of State for Tourism & Sport. He was a very exciting speaker and explained how Ireland relies heavily on tourism. After he was done speaking, I was ready to book a flight!

A fun presentation on four regions in Ireland began where they were imagining they were speaking over satellite with a representative in Ireland who had different guests as he traveled around the country. The four regions represented were the North with the Causeway Coast, the Wild Atlantic Way in the west, the southeast known for Vikings and Waterford Crystal, and finally Dublin where Guinness is located. 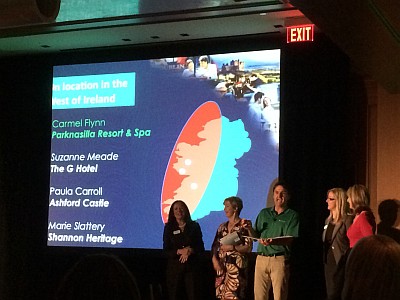 The evening was very entertaining and enlightening. I can definitely see Ireland being a country we would want to visit now.