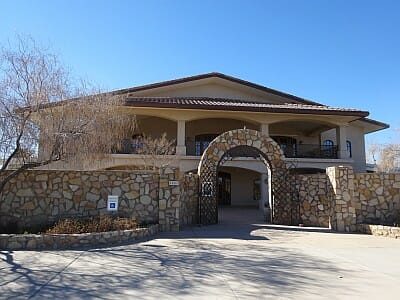 When I was visiting Zin Valle Vineyards, I saw a sign there was another winery just a few miles down the road. I had time so I decided to check out La Viña Winery and I am so glad I did. I was hoping they were open on a Friday and indeed they were. There were no other guests in the tasting room but a tasting guide was ready to help me through a tasting.

Tastings are done while standing at the tasting bar and the tastings are poured from the uncorked bottles. Food is available for purchase including dry Monterrey Jack cheese with crackers. 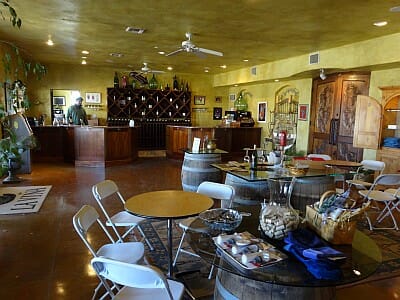 I then learned my tasting guide was the winemaker from the winery, Guillermo Contador, who had moved from Chile in 2006. His wife was also in the tasting room a little later. 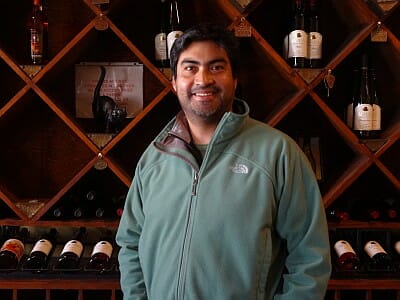 La Viña Winery has a 30 acre vineyard with 22 different varieties being grown. Guillermo said they can make 25 different wines and all the wines they make are only estate wines. They produce 3,000-4,000 cases a year. Besides the wine they make for themselves, they also make bulk wine which is used to bottle for other wineries in New Mexico and Texas.

Some of the wines available at the time of my visit were:

I was also able to taste an off-menu item called Heritage Red Wine Blend which is a blend of Cabernet Sauvignon, Cabernet Franc, Merlot, and Petite Verdot.

Two big festivals are held twice a year. One in April is a Blues festival and the other in October is a jazz harvest festival. Private events are scheduled throughout the year. Tours are available daily at 11:30am. The gift shop has candles, clothing, and wine accessories.

I was lucky to take a chance on visiting La Viña Winery and ended up with a very nice winery I would easily recommend visiting.