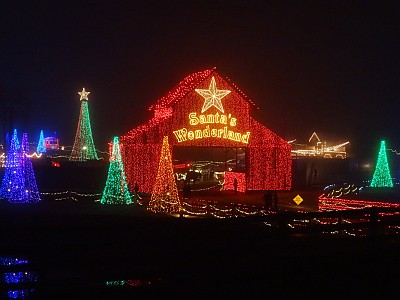 We had not heard of Santa’s Wonderland even though we later discovered we had driven by it many times during the non-holiday season. Wonderland Winery is in Santa’s Town and is in the building you first enter. 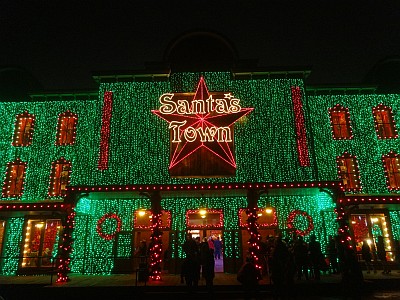 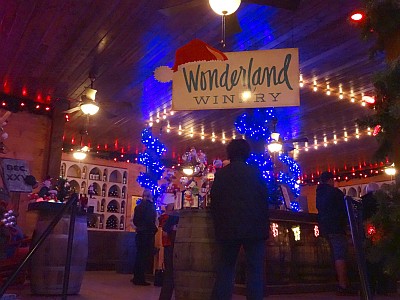 Tastings are done while standing at the rectangular bar. There is a tasting fee for a selection of four wines which includes the souvenir wine glass.

Glasses of wine cannot be purchased which again makes sense since people may be apt to take their wine out into the rest of Santa’s Town. You can buy the wine by the bottle. 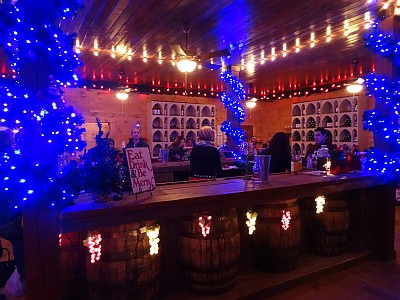 There are seven other wines which are available for tasting and purchase at the winery. Also available are plenty of holiday gifts.

Our first visit to Santa’s Wonderland was fun and we can see how it is especially a great place to take your children. While they are enjoying Santa, the reindeer, or a show, you can enjoy some wine at the Wonderland Winery. Be sure to check Santa’s Wonderland website or Facebook page for days and hours.

Is there anyway I can order wine from Santas Winery

Hi Josie. I checked with the owner and the only way to have wines shipped is to join the wine club. Otherwise, wines would have to be purchased there. I updated the Wonderland Winery page if you want to contact the owner for joining the wine club.