Lamoreaux Landing Wine Cellars is located in Lodi in the Finger Lakes. The winery is owned by Mark Wagner, founder and vineyard manager, and Josh Wig, co-owner and winery manager. The winery opened in 1991.

Lamoreaux Landing owns 101 acres of vineyards over 10 square miles. They are one of the few true estate wineries in the Finger Lakes. They were a Wine & Spirits Magazine 2012 winery of the year winner. Located on the east side of Seneca Lake with vineyards between the winery and lake, Lamoreaux Landing Wine Cellars is one of the most picturesque wineries we visited. 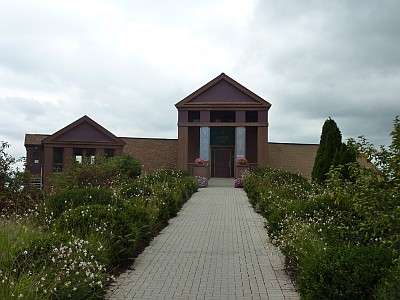 Tastings are done while standing at the tasting bar. There is a tasting fee for your choice of six estate bottled wines. The wines use corks and the tastings are poured from the bottle. 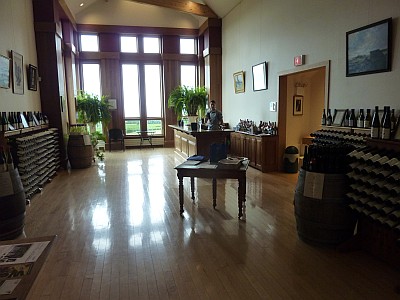 As is common in the Finger Lakes, Riesling is the top white wine and Lamoreaux Landing has a minimum of five styles of Rieslings. Other white wines are a Grüner Veltliner, Gewürztraminer, Chardonnay, and white blends. A sweet white wine is their Moscato made from Muscat Ottonel grapes.

Regarding red wines, the Cabernet Franc is the top red wine in the Finger Lakes and again Lamoreaux Landing has multiple Cabernet Francs such as the highly touted T23 Cabernet Franc. Other red wines are a Pinot Noir, Merlot, and red blends.

Specialty wines are offered at $2 per pour. Some of these are a sparkling Blanc de Blanc and library wines such as other Rieslings, Pinot Noir, and Cabernet Franc. Dessert wines are also offered such as Vidal Ice, Riesling Ice, and white and red Meleau which are produced by the Ports of New York using Lamoreaux’s Muscat Ottonel and Cabernet Franc grapes. 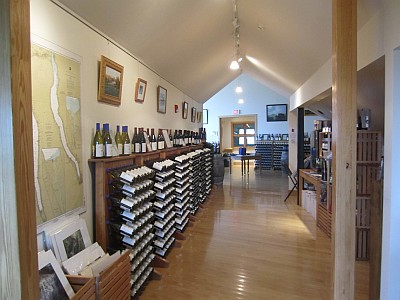 The winery produces 10,000 cases of wine a year. There is a wine club available to enjoy their wine. There is a gift shop in the tasting room which has food products like oils and vinegar.