Dr. Konstantin Frank Vinifera Wine Cellars is located in Hammondsport on the west side of Keuka Lake in the Finger Lakes. The winery was started by founder Dr. Konstantin Frank who arrived in the United States from Ukraine in 1951. Dr. Frank with a Ph.D in viticulture and experience with vinifera vines in Ukraine believed that the lack of proper rootstock and not the cold climate of upstate New York was the reason for the failure of Vitis Vinifera vines in the Finger Lakes. He was correct and the Northeastern United States were soon producing European varieties of wines. In 1962, Dr. Frank founded Vinifera Wine Cellars.

Having previously seen Dr. Frank Wines at the Houston Rodeo Uncorked! Roundup and Best Bites Competition, we knew we had to stop at the winery during our visit of Finger Lakes wineries. We found the winery high on a hill overlooking Keuka Lake. We wondered at first why Dr. Konstantin Frank would build his winery so high but after seeing the view, there was no doubt left in our minds. 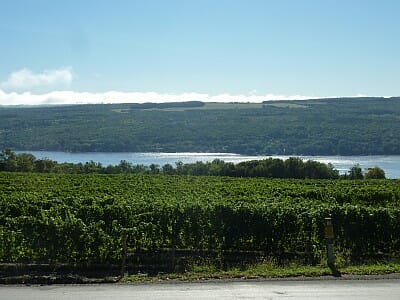 The winery was in the middle of crushing and pressing white grapes when we arrived at the winery and we took advantage of the opportunity to watch awhile. 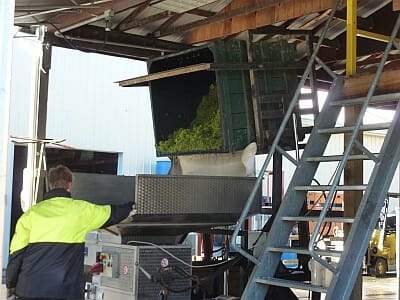 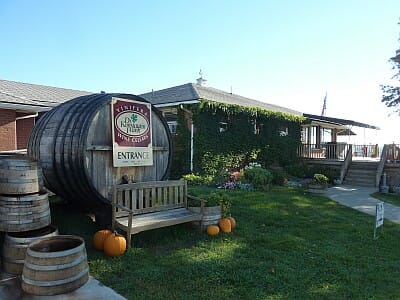 Tastings are done while standing at the tasting bar and the tastings are complimentary for five wines. The tastings are poured from the uncorked bottles. Limited release wines are not available for tasting, however you can purchase a bottle. Crackers are available to cleanse your palate during the tasting. 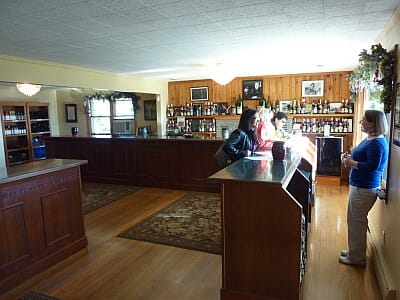 Dr. Konstantin Frank Vinifera Wine Cellars produces all estate wines except the Salmon Run wines but as mentioned, the fruit for those comes from local vineyards. The Salmon Run line makes up about half of the winery’s production.

There is a wine club called the Dr. Frank Wine Club. After tasting, you are directed to the sales room to pay for any bottles or items found in the large gift shop. The gift shop carries items such as clothing, ceramics, sauces and oils, foods, and wine accessories such as Riedel wine glasses.

One question I always ask is how many cases of wine are produced a year. Our tasting guide suggested I ask the sales room person. He did not know either and said that would be something Fred Frank would know. When I asked if he was there, he said he indeed was and was outside helping with the pressing and suggested we just go out to find him.

We headed back to the pressing area in search of Fred Frank. We learned the winery has multiple winemakers: head winemaker Mark Veraguth, Australian born Jonathan Luestner, Epic Bauman, German Peter Weis, and more. We met some of them who were in the middle of doing the pressing. One of them went to the winery and out came Fred Frank.

Fred was very friendly and helpful, and we learned in 2012 the winery produced 50,000 cases of wine. Gloria asked if she could take his photo and off they went to try to find the perfect location for a photo. The photo was indeed a perfect location overlooking the vineyard and Keuka Lake from the tasting room balcony, but since the photos are smaller here, I had to crop the photo so you could clearly see Fred Frank. 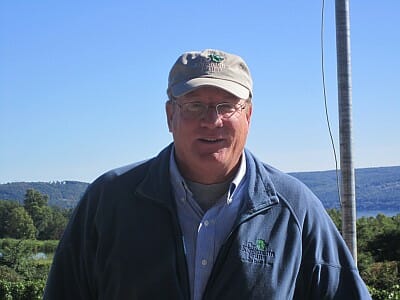 It had been a wonderful visit at Dr. Konstantin Frank Vinifera Wine Cellars.