We have visited a number of wineries in the past year. Unfortunately we do not get to visit them again soon after, but I took the time to revisit some of the Texas wineries which I knew had made recent changes.

When we last visited Hye Meadow Winery the winery had just opened and the production room had not yet been working and full of equipment. When I went to the 2013 Texas Wine & Grape Growers Association Grape Camp, I stopped in to hopefully take a tour of the production area. 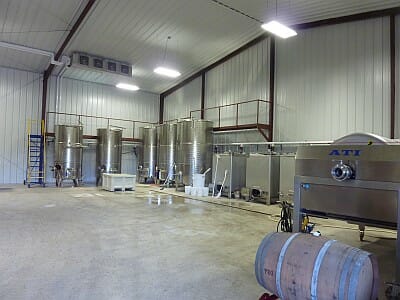 Fortunately when I arrived, owner Mike Batek was there to greet me at the door. He said winemaker Jeff Ivy was at the outside back tasting bar along with wine growers Bill Day and Clint Bingham and I should join them. I went back to say hello and later Mike and his wife Denise joined us. We soon went to the winery and saw the new tanks and barrels. We were treated to a couple samples from the barrels which promise to be very good when ready. 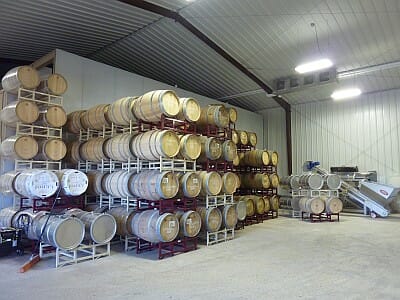 When we first visited Hilmy Cellars, owner Erik Hilmy gave us a tour of the production room which was inside the same building as the tasting room. In later visits we saw there was now a dedicated winery next door but never got the chance to visit inside. On my last trip, I lucked out when Hospitality and Tasting Room Manager Vinny Lupo was scheduled to give a tour to two customers and I was able to tag along. 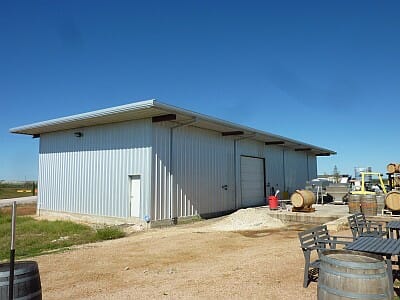 Vinny started the tour visiting the back vineyard followed by the front vineyard. In total there are now 6.5 acres and they are growing Sangiovese, Tempranillo, Tannat, and Petite Verdot. Next was the winery and luckily while we were touring the inside, Erik Hilmy was working and he talked to us too. He did mention the original production room in the first building was still used a little. Fermentation was happening at the time so the winery was more crowded than usual. 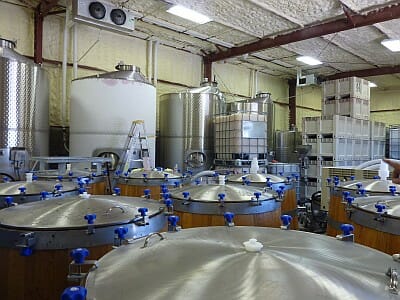 Vinny Lupo of course did a great job giving a tour and when he got ready to give the rest of the tour group their tasting, I said my goodbyes to everybody.

When I first visited Alexander Vineyards, owner Claude Alexander was giving tastings in his house by appointment. Now there is a temporary tasting room next door to the house where people can stop in without an appointment for a tasting. 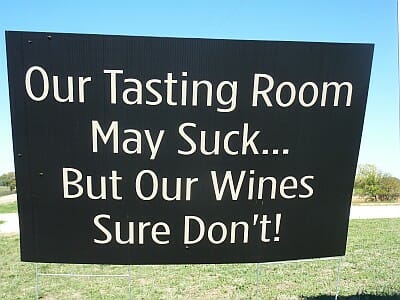 As I was taking photos of the funny sign out front, Claude might have seen me as he came over from the house and meeted me at the tasting room. Some new wines had arrived from Europe since I had tasted last and I got a chance to try them. He teased my taste buds with some wonderful Sauternes, a French sweet wine. During tasting the Sauternes, he had me pair it with foie gras which I have not had before and it made a wonderful pairing. Claude then continued teasing me by saying I couldn’t buy any yet! No worries as I’ll buy a bottle someday when it’s available. 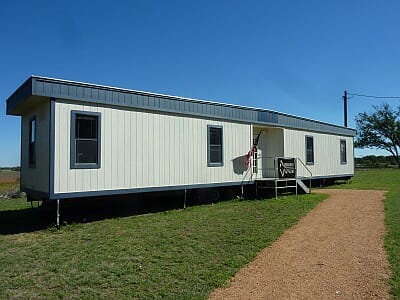 Every time we visited Perissos Vineyard and Winery in the past, all tastings were done in the production area. Following along on Facebook, I watched the construction of a new addition to the winery. Since owner Seth Martin was previously a home builder, I could tell the construction and design of the building was looking great. I could not tell for sure though if the addition was behind the winery or to the side. 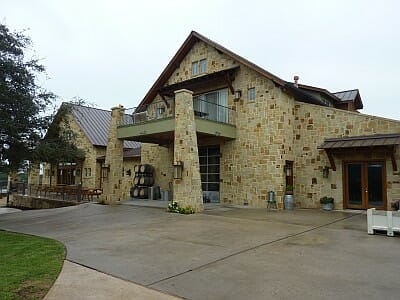 I made arrangements to visit the winery and since Seth was unable to be there at the time, he had Todd Juhnke show me around. The new addition is to the side and is now the primary tasting room. As expected it is an excellent addition to the winery and if you did not know better, you would not know it was an addition but just a big winery. 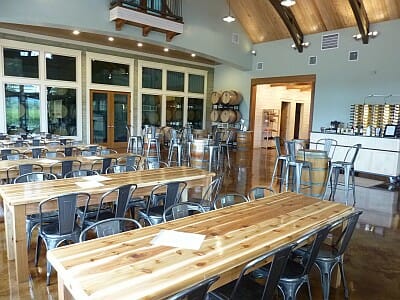 The new tasting room gives more seating to people, both inside the building and also outside on the deck where picnic tables line the concrete deck. Everything in the building down to the tasting bars can be moved out of the tasting room in case there is a need for more production or event space like weddings. In that case, the tastings would move back to the old production area as before and a door closed to separate the two areas. The extra addition also lets the winery have more barrel space for a total capacity of 350 barrels.

In total I visited four wineries which had made changes since we last visited. All showed that Texas wineries are expanding to meet the ever growing need for more quality Texas wine.