Stone House Vineyard is located in Spicewood and is owned by Angela and Howard Moench. The vineyard of almost seven acres of Norton grapes was planted in 1999 and the winery opened in 2005.

Howard Moench is a physician who works in Houston, designed the winery which is constructed with limestone blocks each weighing over 2,000 pounds. Refrigeration panels are used in the large barrel room and tank room which also house the open top stainless steel fermenters. 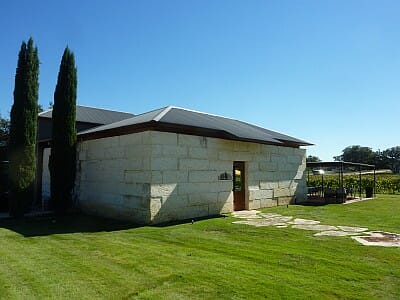 We have visited Stone House Vineyard a few times before this blog and I made a return visit to take photos and collect information. The first time we visited the winery, we arrived and we were not sure where the tasting room entrance was located. There was a door on the side of the winery but it didn’t look like an entrance and we actually ended up around the other side of the building before we realized the first door was the entrance. 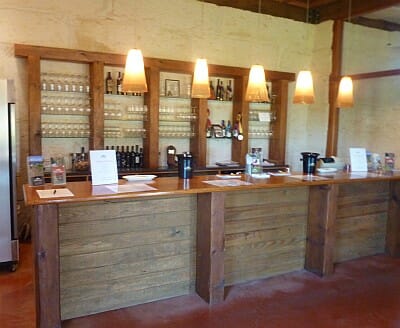 On my recent visit, I arrived on a Friday so I was able to avoid the usually crowded tasting room. Tastings are done while standing at the tasting bar. There are three types of tastings you can select from at different tasting fees: House Tasting, Special Reserve Tasting, and Dessert Tasting.

The House Tasting menu has five wines including one Texas wine, the estate Claros made with Norton grapes and recent 2014 Houston Livestock Show and Rodeo International Wine Competition gold medal winner. The other wines are from Barossa Valley and Eden Valley of Australia primarily because Angela Moench is from the Barossa Valley of Australia. Angela works with David, a winemaker in Australia, to provide the Australian wines. She makes frequent trips there to advise what she wants. In fact when I visited, Angela had just returned from Australia and was in the tasting room, but since the tasting guide said she was a little jet-lagged, I did not want to interrupt Angela to meet her and request a photo.

The Special Reserve Tasting menu has four wines including one California Cabernet Sauvignon and the remaining being from the Barossa Valley.

The Dessert Tasting menu has three wines including the Scheming Beagle Port made from Norton grapes. The other two dessert wines are from the Barossa Valley.

The tastings are poured from the bottle and crackers are available to cleanse your palate. Stone House uses both corks and screw caps for their wine bottles. 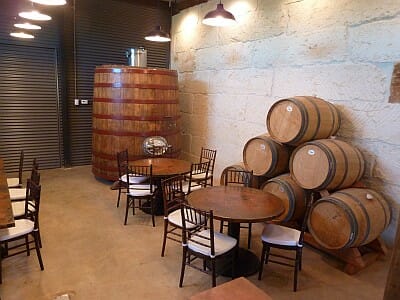 Angela Moench is the winemaker for the Texas wines. There is also an unnamed winemaking consultant in California but was also born in the Barossa Valley who started working with Stone House in 2008. French barrels are used at the winery and 3,000 cases of wine are produced a year. 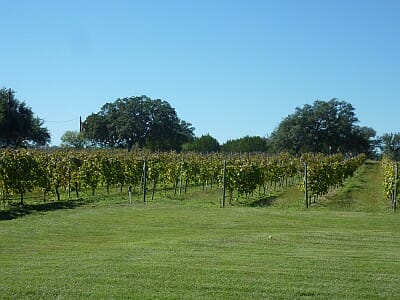 Live music is held at the winery on the back patio which provides a nice seated area while listening to music and enjoying wine with the view of the vineyard directly in back of the winery. Wine dinners are also held at the winery. Stone House Vineyard has a wine club to join to take advantage of special offerings.

A nice gift shop is available in the tasting room with wine accessories, toiletries, clothing, and gourmet foods. If you visit on the first Friday of the month which is what I did, you get specials such as all glasses of house wine at half price, glasses of Special Reserve wine at a lower price, and all bottles of wine are at 20% discount.

Stone House is a member of Texas Hill Country Wineries.