Hawk’s Shadow Estate is located in Dripping Springs and is owned by Doug Reed, Tom Reed, and Chip Concklin. The winery is having an open house on November 2-3, 2013 (this weekend) and appointments for tastings will be available after. 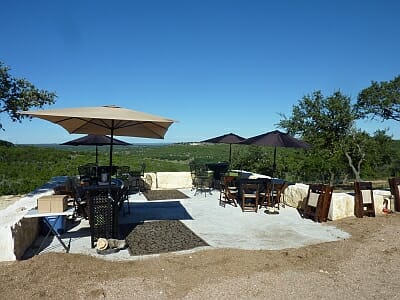 I was invited with other media to a special preview prior to the Open House. In the hills of Dripping Springs, I found the winery and open deck overlooking the beautiful valley and hillside including one of the two vineyards of Hawk’s Shadow Estate. The vineyard visible from the patio deck is the lower vineyard which was planted in 2010. An upper vineyard was started in 2006. Between the two vineyards, over 7 acres of vines are planted growing Grenache, Mourvèdre, Tempranillo, Syrah, Sangiovese, Nebbiolo, and Aglianico grapes. 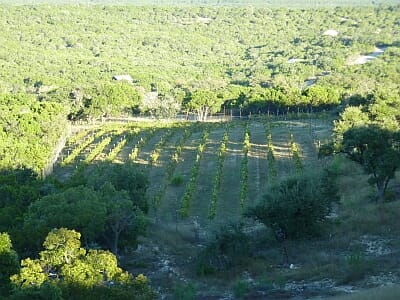 Tom Reed is the winemaker with consulting done by Tim Drake from Flat Creek Estate. Doug, Tom, and Chip all manage the vineyards. 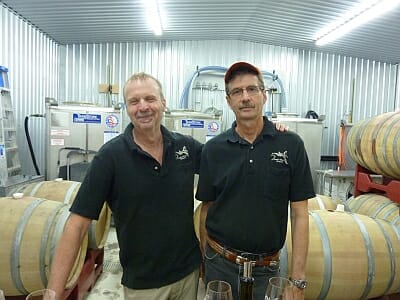 The first wine we tasted was a 2011 Orange Muscat. You might think immediately that’s kind of strange since most Orange Muscat’s are dessert wines, but the Orange Muscat from Hawk’s Shadow Estate is a dry wine made with grapes from Lost Draw Vineyards. It was a great start to the tasting which next led into red wines. 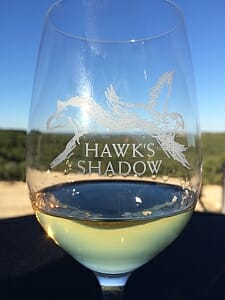 The first red wine tasted was the 2011 HSV which is a Hawk’s Shadow estate wine. Hawk’s Shadow has made blends of Sangiovese and Syrah before. They also have made blends of Tempranillo, Grenache, and Mourvèdre. The 2011 HSV is a combination of all of those. The Sangiovese/Syrah is about 80% and the Tempranillo/Grenache/Mourvèdre is about 20%. Their point was to make a wine they love and HSV was the end result.

The next wines tasted were from the barrel and it was an interesting horizontal comparison. All were 2012 Mourvèdre from Lost Draw Vineyards. The first was done in a neutral French barrel, second in a new American barrel, and third in a new Hungarian barrel. It was very interesting to see how the same grapes and yeast could result in a different wine just based on the barrel. We then got a special treat to a combination of all barrels which amounted to 50% neutral, 25% American, and 25% Hungarian. Again, it was interesting to compare.

The last wine we tasted from the barrel was a 2013 Mourvèdre from the Kiepersol Estates vineyard. As you can tell, the guys think Mourvèdre has great promise in Texas. 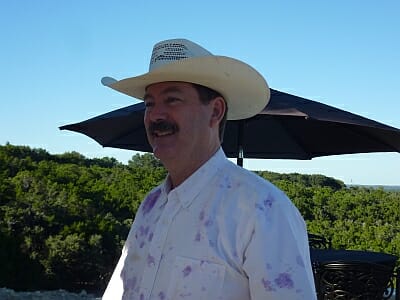 Right now you can get the 2011 Orange Muscat from the winery or from the Hye Market in Hye. 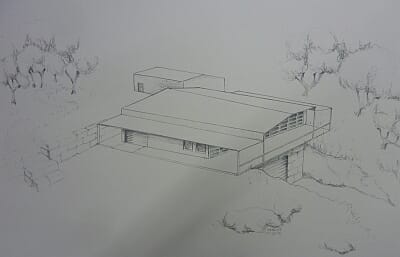