Caudalie Crest Farm & Vineyard is located in Celina and is owned by Ray and Sue Verrill. Ray is the winemaker and as the website URL suggests, Sue raises Dwarf Nigerian goats. Besides six goats, they also raise five dogs, five cats, and three horses. The winery opened in 2010.

I visited with four other wine friends and the winery building is located behind the tasting room which is adjacent to the owners’ house. The tasting room isn’t large and the tables and tasting bar were already full when we arrived, but that did not stop Ray Verrill from getting a table and chairs from outside and bringing them into the tasting room to make room for us. 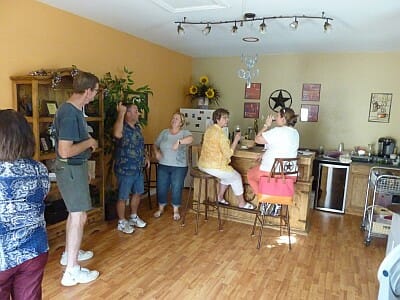 As mentioned, you can do a tasting at the tasting bar or at a table. There is a tasting fee for four wines or a higher fee for eight wines. The bottles are uncorked while the tastings are poured from the bottle. A cracker and pretzel mix is given to cleanse your palate. A snack plate with cheeses, meat, dips, and crackers is available to purchase. They sometimes sell goat cheese but they did not have any at the time of our visit. 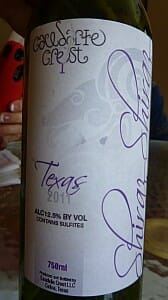 The wines available for tasting were: 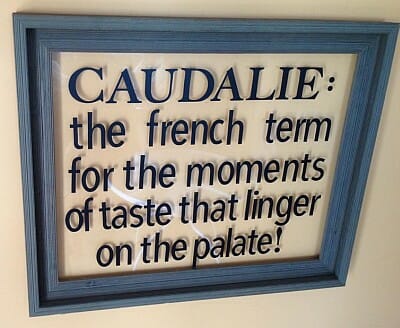 Caudalie Crest Farm & Vineyard uses 100% Texas grapes in their wine. They do have 300 Cabernet Sauvignon vines growing at the winery. All wines are made in stainless tanks with oak chips which gives them more control in the winemaking. Currently they produce about 200 cases of wine. 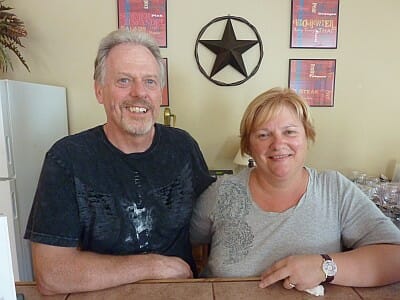 There is sometimes live music held at the winery and tours of the winery are possible if a tour guide is available.