Wales Manor is located in McKinney and is owned by John Josey Wales. The winery is coined as the Best Little Winehouse in Texas. The vineyard was planted in 1999 and construction of the winery was done in 2001. It was bonded in 2003 and opened in April, 2007. In 2003, prior to the winery opening, the owners of Wales Manor and Triple “R” Ranch Winery combined efforts and formed Lone Star Wine Cellars in McKinney.

We had previously tried to visit the winery and do a tasting twice before and either it wasn’t open because they close during the winter or nobody was present in the tasting room. As the saying goes, good things come to those who wait, and it was certainly true for my third visit. 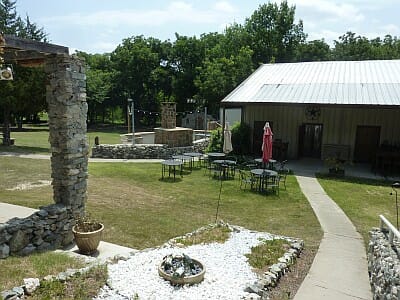 Upon entering the winery, there were people already present doing a tasting and I had the option to sit at the tasting bar or at a table. I chose to sit at a table and my tasting guides were first Jaqueline Wales, wife of John Wales, and then Yenny. 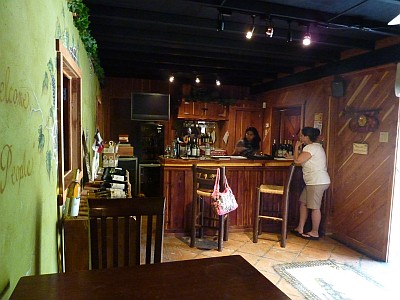 There is a tasting fee for four wines which includes the wine glass. The tastings are poured from the uncorked bottles using a measured pourer. Soft drinks and soda are available for the non-wine drinkers.

I started my tasting and asked about tours. Jaqueline Wales said they are available if possible, and primarily if John Wales is present because being an airline pilot, he is not always there. She said he was in the production room talking to a couple people and wondered if I wanted to go in too. Well of course I did! 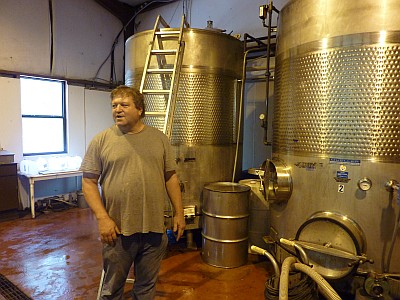 She showed me to the production area and I joined up to listen to John Wales talk about the winery. Fortunately I brought my wine glass in because he gave us all a tasting from one of the tanks. When the previous two men had to leave, John let me taste a 2012 Cabernet Sauvignon which will be released next year as an owners reserve from the 2.5 acre estate vineyard. He said other winemakers in the area have come in and tasted it, and said this is going to be the best Texas wine when released. Even though it is going to age more, it was already very smooth. I’ll have to see if I can get a bottle next year!

I also tasted a Tempranillo from the nearby Mitas Hill vineyard. In fact near the end of my visit, I met Howard Mitas, owner of Mitas Hill, who had stopped in to visit. Speaking of Tempranillo, John said he helped Dan Gatlin during the early years when Dan was experimenting with Tempranillo.

I had a very interesting conversation with John Wales. I also learned he was the first person in Collin County to plant a vineyard. Wales Manor uses about 95% Texas grapes and then use California grapes if they have to. The winery produces 2,000 cases of wine a year. He explained they will be expanding the 5,500 square foot winery with more space when they close during the winter.

John said when he started in the wine industry with tasting rooms, he soon realized a winery is in the entertainment business from which he then opened the winery. Weddings are often held at the winery and when I was there a family was present making their wedding plans. Live music is also held in addition to cooking classes. 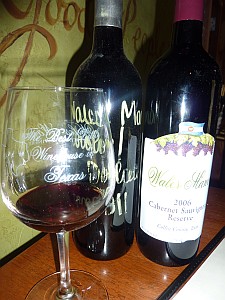 It was time to get back to my tasting and wines available for tasting were:

I could not receive cell service inside the winery so it is nice they offer free Wi-Fi. 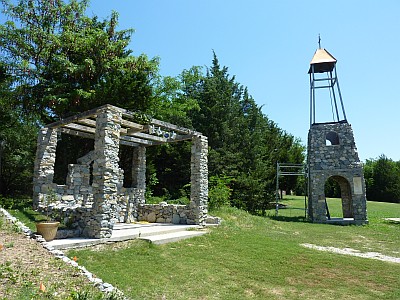 I had an excellent visit to Wales Manor and enjoyed talking to everyone along with their great hospitality. I would recommend making a visit to Wales Manor, but as we have experienced before, they close during the winter so be sure to call ahead first.

Can I taste your outstanding Collin County wines today at the Art’s & Bloom Event on The Square in McKinney today?
~Art