We’re taking a short break from visiting Texas wineries to take a trip to where Jeff grew up in upstate New York. Since we are in the “area” we decided to spend a couple days to visit a few Finger Lake wineries. After visiting the wineries in a day and a half, here’s a quick list of things we have learned.

There are eleven lakes in the Finger Lakes region and the two largest are Cayuga Lake and Seneca Lake. There are over 100 wineries among the lakes which means there are a lot of wineries to visit! We were told by one winery if someone wanted to visit all of them they still couldn’t do it in one week

If you haven’t heard much about the Finger Lakes region, the area is most known for their Rieslings. Every winery we went to had at least one Riesling on their tasting menu if not more than one style. As is common in most wineries throughout the world, you need to have a mix of both white and red wines. The red wine most commonly found in the Finger Lakes is Cabernet Franc. It is often used as a straight varietal wine but is also used as a blending grape.

Once you get into the Finger Lakes area you’ll start seeing a lot of vineyards mixed in with even more corn fields. As we learned at some wineries, their vineyards are located around the region and they also buy from local growers. 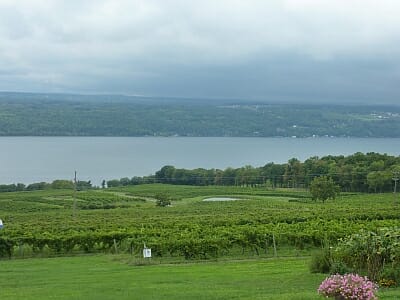 The most common location for wineries and vineyards are located are around the lakes. The lakes provide the vineyards a microclimate which allow the vineyards to retain a residual summer warmth in the winter and winter’s cold in the spring thus protecting the grapes from a spring frost and early frost before the harvest.

Since there are a lot of wineries, you will often see one near another along your wine trail. It is tempting to stop at every winery and sometimes you have to make a conscious effort to avoid pulling into a winery. We did the best we could but still visited a couple wineries we had not planned on visiting.

As was expected, there are native grapes and wines which we don’t see in Texas and we had to try them. There is a lot of German and Austrian influence in the Finger Lakes so you will find wines like Grüner Veltliner and Gewürztraminer. Muscat grapes are also found but they are Muscat Ottonel instead of Muscat Canelli and Muscat of Alexandria which are found in Texas.

The average tasting fee, if not complimentary, was two to three dollars. The bottles were often usually priced below $20 and some even below $10.

Besides wineries you will also find breweries and distilleries along the lakes. We made a quick detour when we visited Finger Lakes Distilling. 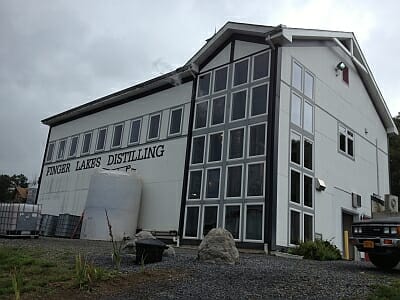 One thing which was a little odd, and perhaps it’s because of the wineries we chose to visit, but we met few owners or winemakers. That is one thing which makes the experience enjoyable in Texas.

These are the wineries we visited during our vacation: