Cowtown Winery is located in Fort Worth and is owned by Bob Besgrove. The winery was opened June, 2010.

The winery is located right in the famous Fort Worth Stockyards area. I was the first customer of the day and fortunately Bob Besgrove was there. It was a surprise to him because I had posted on the TXWineLover Facebook page that morning I was going to be visiting new wineries and coincidentally he had done a Like on the status. Unbeknownst to him, his winery was the first one I had planned on visiting. Bob said he isn’t there all the time so it was a good thing I was able to catch him. 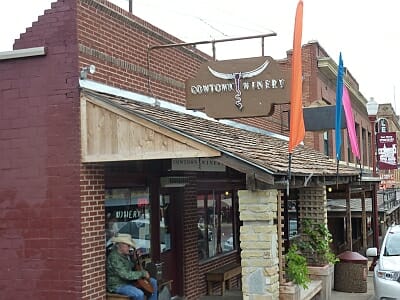 I first had to get clarification on the winery since it is listed on the D’Vine Wine website but had a different name as Cowtown Winery. Bob said it is a D’Vine Wine winery but he has enhanced it with his own wines which you cannot get at other D’Vine Wine locations. The grapes used in the wines come from California. Cowtown Winery produces over 800 cases of wine a year. 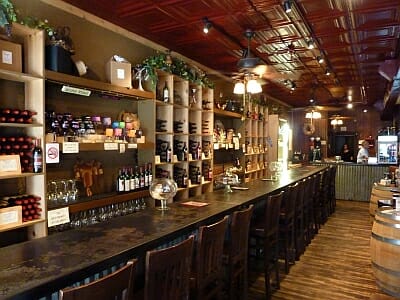 Bob started me on a tasting and you sit at the long tasting bar while doing a tasting. There is a tasting fee for three wines and the tastings are poured from the bottle.

Some of the wines available are: 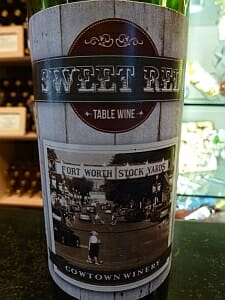 Food is available for purchase such as cheese, meat, and fruit plates. In addition chocolates are available from a chocolatier in Hico, Texas which includes truffles. Texas almonds and pecans from Bonham, Texas are also available.

I was lucky Bob was present as I was able to see the production facility where he makes the wine. 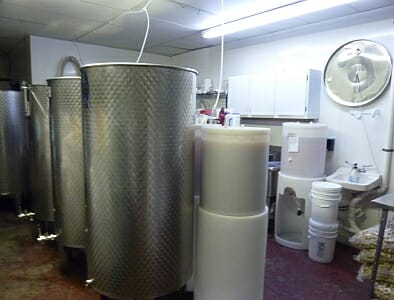 There is a small gift shop with wine accessories and there is a wine club at Cowtown Winery. Live music is held on Friday nights. One unique thing which happens at Cowtown Winery is it is the location for the start of the Stockyards Ghost Tours. You get to go with a winery guide for a ghost tour of the stockyards. 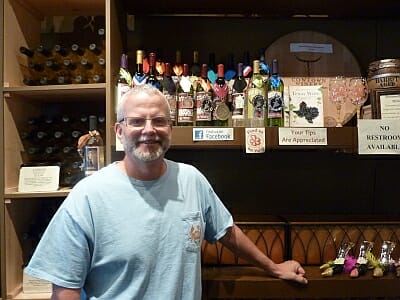 Next time you visit the Fort Worth Stockyards, make a point to stop at Cowtown Winery.