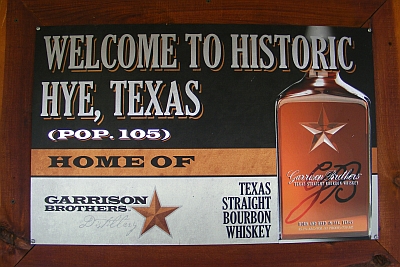 Even though this wine blog is called Texas Wine Lover, we drink other adult beverages such as beer and spirits, so we just may dabble in those areas too. Ever since we have visited the Fredericksburg area, we have wanted to visit the Garrison Brothers Distillery in Hye for a long time. We have tried a few times but either just missed a tour time or they were closed for the day. Recently they started taking reservations online and that provided the possibility to actually make a tour.

We visited with other friends and this time everything was fine. We climbed on their hay-less hay ride which took us up the hill to the distillery. The tour started at the location where the corn, wheat, and barley are brought in.  Garrison Brothers opened in January 2008 and they do everything from grinding the grains to bottling the bourbon. We learned that the term Bourbon is a protected spirit and can only be made in the United States, just like Champagne in France and Scotch in Scotland. 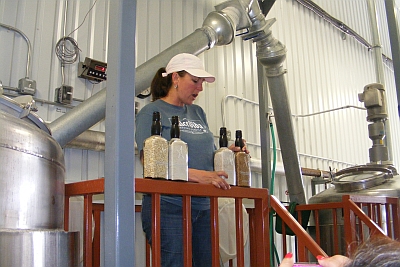 This was really an educational experience for us as we learned things we did not know before. For example, every time they make a barrel of bourbon they have to use a new barrel. No second hand barrels here. The barrels, which most are smaller in size than wine barrels, cost approximately $200 – $250 per barrel. After the first use they can then be used for rum, Scotch, beer, or something else.

The bourbon has to be 100% genuine meaning that nothing can be added to it. Blended whiskey which is found elsewhere only has to contain 20% whiskey.  Corn, wheat, and barley is used in bourbon and 51% corn has to be used. Their barley comes from the Pacific Northwest of the United States. 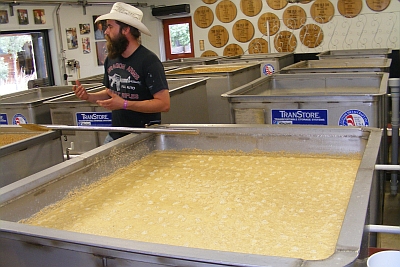 The tour moved to the fermentation room where they in fact make beer. Jason gave us a tour and told us the bourbon ferments for five days. It was time to move on to the distillery house where the stills are used to cook the beer. We were told they cannot distill the whiskey higher than 160 proof. The whiskey coming out of the still is called White Dog, is clear in color, and the flavors are like vanilla. Bourbon gets its darker color from being in the barrel. 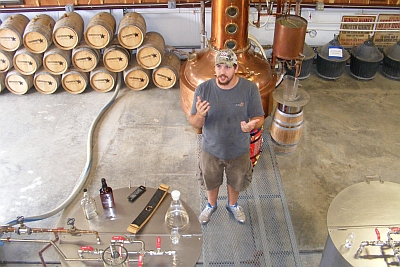 Dan Garrison arrived to take over the tour and one question asked was why the distillery was called Garrison Brothers and if there were more brothers. The answer was there are no more brothers and the “brothers” is because they like to think they are a brotherhood with volunteers and everybody involved. 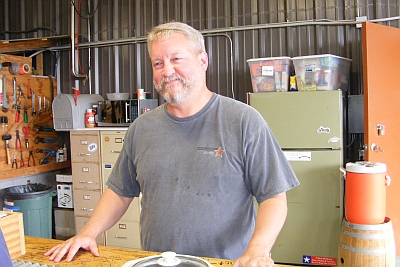 We saw the bottling line where Dan explained how the bourbons are bottled and how volunteers are always willing to help. It was then time to taste the bourbon. We were given a small glass of bourbon and got to sip the enjoyment of the Texas whiskey in the barrel room and also outside on the nice patio. 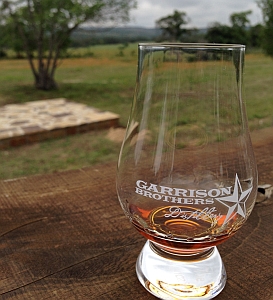 Thanks to Dave Potter for the photo

It had been a very interesting tour and educational experience. Even though a bottle of bourbon may cost more than a bottle of wine, you have to think about how long the bourbon will last compared to the wine. When thinking in those terms, it isn’t really overpriced.

If you get the chance, definitely make an appointment and tour Garrison Brothers Distillery to enjoy Texas bourbon. 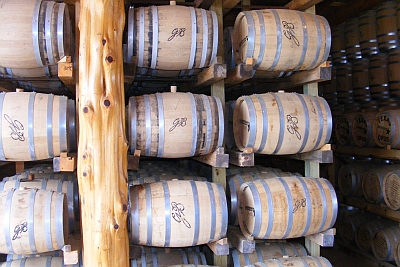