Earlier this year I heard about a new tasting room opening up in Fredericksburg called Six Shooter Cellars. It was going to be a joint effort of six Texas wineries but from everything I could find online, I could not find the names of all six wineries. Initially announced was Cross Timbers Winery and Yepez Vineyard with Billy Cox later announcing Retreat Hill Winery & Vineyard would be involved. I then learned Clear Creek Winery was the fourth winery. The last two wineries was a mystery until we visited Six Shooter Cellars. Upon visiting Fredericksburg on May 25th, we learned we had timed it correctly as it was the soft opening day for the winery. There we learned the two other wineries were Cowtown Winery and a new winery in Lubbock called Blazing Barrels. 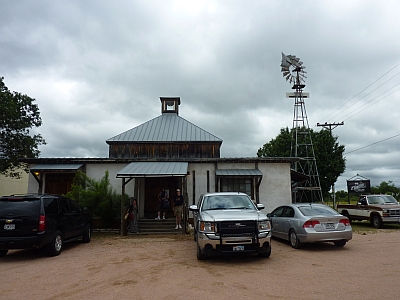 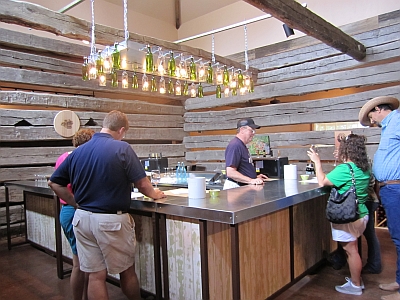 There is a tasting fee for 6 wines which includes a nice logoed wine glass. You can select 6 wines from the various wines offered from the six wineries but since the winery had just opened, wines from Retreat Hill and Blazing Barrels were not yet available to taste. The wines are poured from the bottle and there are crackers available to cleanse your palate.

As we tasted, I heard a hello and there was David Skinner who we had previously met at his Clear Creek Winery. He explained the concept of Six Shooter Cellars was they wanted to push Texas in our faces. I think they accomplished this very well with the western theme, along with the six-shooter (a common name for the six-chambered gun used in the old west), the six wines in the tasting, décor in the winery, and especially the choice of the six wineries. 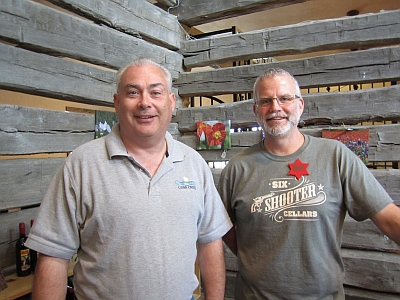 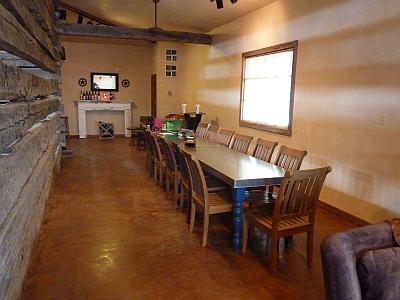 On one side of the winery is a VIP room with a long table for wine club members including a few comfortable chairs. On the other side is a gift shop offering wine accessories and pottery from Michael Obranovich. 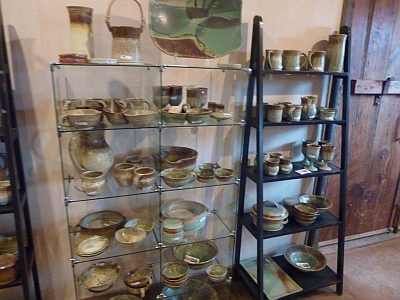 It was not mentioned but according to the website Six Shooter Cellars will offer a signature blended wine created once a year when the six winemakers collaborate on the wine.

The partnership of the six wineries looks like it should be a winner. In the future, we will have to get back in the saddle and mosey on down to Six Shooter Cellars. (Yeah, I went there) 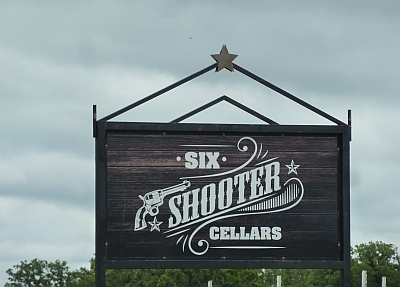 Jeff, Thank you for providing all of us Texas Wine Lovers with the latest information on Texas wineries. I enjoy all the great pictures you display of the wineries/ vineyards you visit. I’ll have to take a trip to Six Shooter Cellars!