Dr. Smith opened a second winery in Lakeside in 1982 and 7 years later moved it to Grapevine to become Grapevine’s first winery and tasting room. The location had been a church and previously a small college. In 2006 he sold his Grapevine tasting room to the owner of La Bodega Winery. He still makes wines though for La Buena Vida Vineyards in Grapevine. 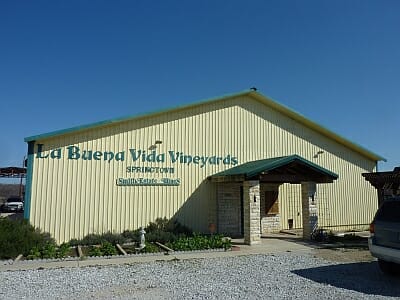 I visited La Buena Vida Vineyards with four friends and we first looked at the vineyard we drove through before you arrive at the winery. Upon entering the winery Dr. Bobby Smith was behind the bar ready to present a tasting of his wines. While waiting for all of us to come into the winery he confirmed, “I have a winery as well as a vineyard.” He told us his vineyard was planted 41 years ago and the blessing of the vines this year would be the biggest one yet. He also informed us he was 78 years old. 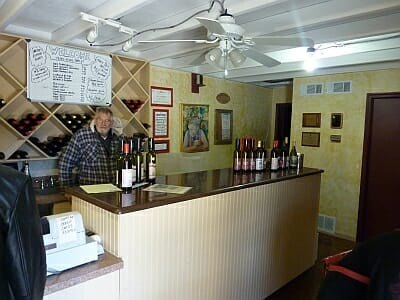 Tastings are poured from the bottle while standing at the tasting bar. Dr. Smith uses both corks and screw caps for his wines. Tastings are complimentary with whatever wines are available. During a tasting or enjoying a glass of wine, you can buy Artisan cheese which he makes from his mother’s recipe. You can also buy a cream cheese party spread and breakfast spread.

Dr. Smith uses only 100% Texas grapes in his wine. He prefers to not use oak unless it improves the wine like a Tempranillo and when he does, he uses American oak. He said he knows his yeasts and how and when to use them. The winery produces 4,000 cases of wine a year.

We tasted his Pinot Grigio which comes from the estate vineyard. It had a nice golden color instead of the usual lighter color and he said he doesn’t like to sell his wines young. The Pinot Grigio label states: “I have produced rich, full-bodied wines here in Texas for more than 3 decades which express the full potential of my vineyards. I take pride in my boutique, family winery in which my hands guide the wine from grape to glass. This wine can be consumed with food or may stand alone. My signature insures my pledge to quality and genuine Texas character. My hope is that you enjoy this wine as much as I enjoyed producing it. Please share your thoughts and comments with me at my personal email.”

His email address was then given along with his signature. That shows the pride Dr. Bobby Smith takes in his wines. We also tasted a 2005 Merlot which is made with grapes from Palacios Vineyard. 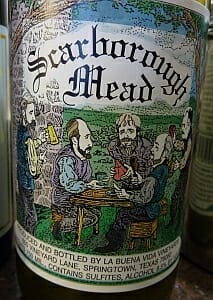 We then got a little lesson in wine labels. Three wines he makes are Affairs of the Heart, Texmas Blush, and Estrella de Vida. He told us they are the exact same wine but with different labels, however, people will swear they are different. 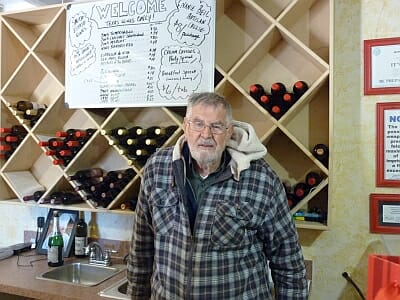 Popular wines at La Buena Vida Vineyards in Springtown are:

There is a gift shop with salsa, glasses, syrups, and the aforementioned cheeses.

If you’re in the Springtown area, be sure to stop by La Buena Vida Vineyards and visit Dr. Bobby Smith, one of the pioneers in the Texas wine industry.