Arché is located in Saint Jo in the Red River Valley and is owned by Howard and Amy Davies along with their son Grayson Davies who is the winemaker. To clear the pronunciation up, Arché is pronounced ar-KAY and is a Greek word meaning the beginning or origin. They decided to call the winery that because they are the first generation of their family to make wine. 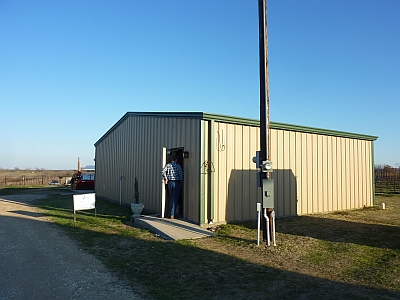 Arché started growing a vineyard in 1999 and opened the winery in 2007. Today they have an 11-acre vineyard and the winery is located in the middle of the vineyard. Grapes grown are Chardonnay, Marsanne, Syrah, Cabernet Sauvignon, Merlot, and Viognier. All wines are made from estate grapes except for their Roussanne which comes from Plains, Texas. But that will be resolved in the near future as they will be planting Roussanne along with Grenache, Mourvèdre, and Dolcetto. They want to be a 100% Estate winery in a few years.

The weekend I decided to visit Arché with four of my friends, both Arché and Blue Ostrich Winery & Vineyard were co-hosting an event in the evening. We decided to visit the wineries earlier so we could do a normal tasting and meet whoever might be there without a crowd present. The plan worked well but we spent a little longer at Blue Ostrich than anticipated and arrived at Arché near the end of the first part of the event with the first group of people. Our friend Laurie Ware had previously talked with Amy Davies about us coming because of the event happening, and even though they were finishing up with the first group of people, they had arranged for Grayson to do a tasting with us. 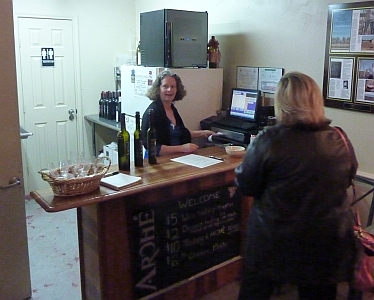 Tastings are normally done at the tasting bar or tables, and since the bar was busy with the event people, Grayson set us up with tables in a side room of the tasting room. There is a tasting fee for four wines but for a higher priced tasting fee you can also keep a logo wine glass. You can also finish your tasting by paying a little more for a dessert tasting which is paired with Arché chocolate.

Tastings are poured from the uncorked bottles and crackers are available for cleansing your palate. Cheese plates are also available for purchase. 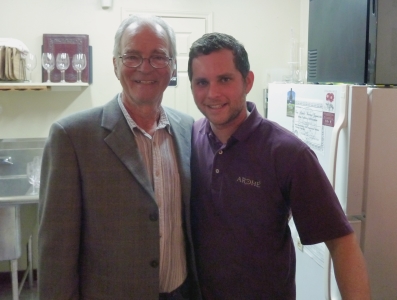 Grayson explained how he took over as winemaker in 2010. He said they believe they’re going to be known for their Syrahs. Arché produces 1,300 cases of wine a year. They use French, American, and Hungarian barrels in addition to using Flextanks. This was my first exposure to Flextanks which are plastic wine tanks that replicate all the key features of a barrel but without the higher cost. They are also more space efficient in addition to other features. 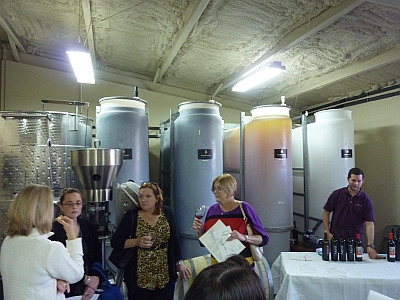 Speaking of tanks, we were fortunate to be able to taste tank and barrel samples of Roussanne, a Rhone blend, and the 2012 Syrah. Popular wines at Arché are:

There is a wine club at Arché which is called Club 228. Why is it called Club 228? The reason is because the winery is located on 228 Wagner Road. One week each month they offer the club members a bottle of their featured wine, a glass of wine of the member’s choice, and hors d’oeuvres for $20. Arché also holds wine dinners and there is a small gift shop at the winery with wine accessories. Arché is on the Red River Wine Trail. 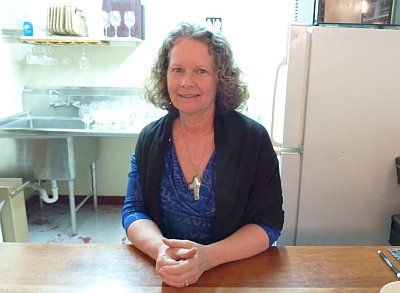 We all had an enjoyable time at the winery and I would love to go back to visit during a regular time without an event happening at the same time. The winery has remodeled the tasting room since our visit, so it would be nice to see the changes.