Since we would be staying at The Vineyard at Florence villas, we decided to start at the furthest winery which was Perissos Vineyards. Since Mike and Carol would be staying until Monday and we had to leave on Sunday, we met at Perissos when it opened. Owner/winemaker Seth Martin soon greeted us and gave us a tour of the winery starting at the estate vineyard. 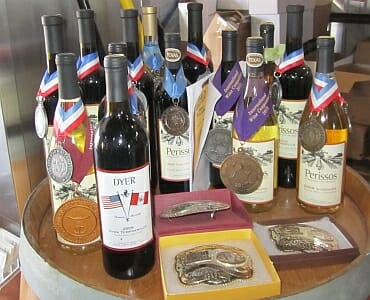 We had enjoyed a previous vineyard tour with Seth when they were giving free tours last year so we remembered most of what he told Mike and Carol, but with just the way Seth shows his enthusiasm about growing grapes, it is always enjoyable listening to him. He explained how they are adding another three acres of vines in April which will include Petite Sirah and Malbec. Seth described how he developed his own trellis system for the vines so everything is done at eye level instead of being lower which requires bending over or higher which eventually hurts your shoulders. Another thing Seth does differently than most other wineries is determining when to pick the grapes. Instead of relying on brix, pH, or acid to decide when to pick, he lets his tasting of the grapes determine it. He explained after the brix level is reached, the flavor of the grapes come through at that point, and that is when he prefers to pick just before they eventually would turn into raisins. 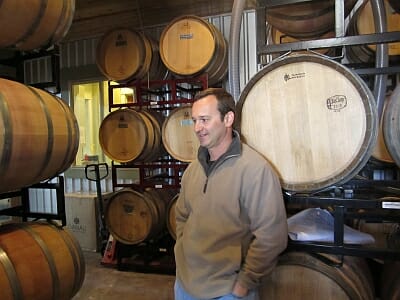 Since we had such a great time at Perissos, we ended up staying longer than expected and would not be able to stop at Pilot Knob before we had to get to The Vineyard at Florence. We arrived at The Vineyard at Florence and checked in to get our villa’s keys. The villa we stayed in had a beautiful room overlooking the 32 acre vineyard. It must be a gorgeous view in the summer when the leaves and grapes are full on the vines. 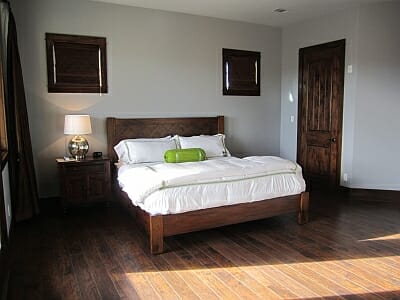 We then went to Inwood Estates and did a tasting of their wines while seated at a table. The wine flight included all of Inwood’s wines except the Palamino-Chardonnay since they are sold out and Palamino grapes are scarce. The tasting guide was very knowledgeable about the wines and we had an enjoyable time. We even got a chance to meet owner/winemaker Dan Gatlin when he stopped in at the winery.

Next was a tasting of the wines at The Vineyard at Florence. They have two labels of wines and when we have tasted there before both were available for tasting. This time just the estate wines were available which was fine with us. The tasting guides were also knowledgeable and again a fun time was had while tasting the excellent wines. It should be noted that Dan Gatlin also makes the wines for The Vineyard at Florence. 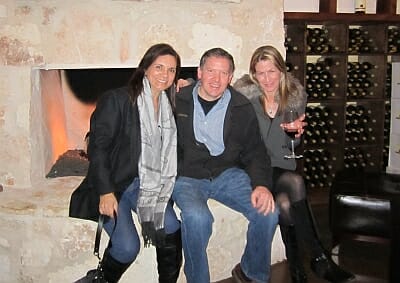 It was now time for dinner and we decided to eat at the café inside the winery. There was a nice selection of entrees on the menu and we all enjoyed our meals with a nice bottle of wine. After dinner, it was time to retire to the villa and call it a night.

The next day Mike and Carol headed to Fredericksburg to visit wineries and we had to head home. However, since we had missed Pilot Knob the previous day we decided to make a trip there before going home. 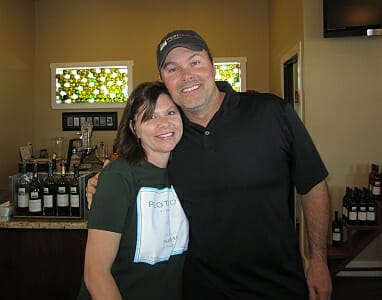 Arriving at Pilot Knob we noticed new vines had been planted in the front vineyard which we later learned were Tempranillo. We were greeted as we walked in the front door by co-owner Beth Pinkley. Surprisingly after a year and a half she thought we looked familiar. We started our tastings of their current six wines and soon Beth’s husband Craig Pinkley came into the tasting room from being in the rear of the building where the view is incredible. He also recognized us and we learned about the new things which will be happening at Pilot Knob.

In February they will be releasing new wines, some newer versions of existing wines and their first Chardonnay. Unfortunately there will only be 30 cases of the Chardonnay available out of the 800 new cases and will be available to wine club members only. Better join their wine club fast! 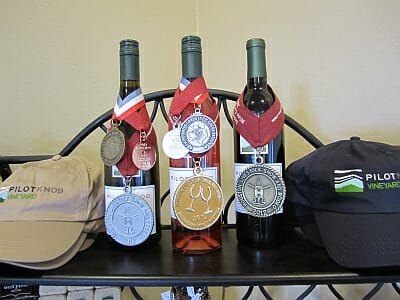 Events have been happening frequently at Pilot Knob and the winter time when vines are dormant is a perfect time to have an event, such as a birthday party or wedding. Their wines have also been winning medals in competitions around the country.

During our tasting we had to have their trademark bread with oil for dipping. It is so fresh and so very good. Craig wanted to make sure we tried their sixth wine which is their version of a Port style wine, the Mon doux, which is a Tempranillo blend. He was correct that it was good and we made sure a bottle came home with us along with a couple other wines.

After another great visit at Pilot Knob, we said our goodbyes and headed for home. It had been another wonderful Texas wine weekend on a Texas wine trail.