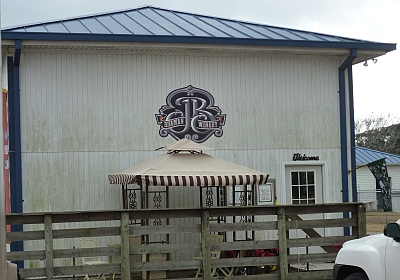 Braman Winery is owned by Joe and Dee Braman, Page Brockman, and Ashly Kubicek. We had previously met Page Brockman at the Empty Glass wine bar when they presented a tasting of their wines. The winery opened in 2010 and the tasting room opened April 2012. 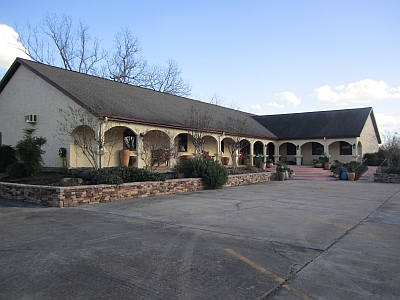 The tasting room is inside a previous business and the small Braman Winery sign was missed as we drove by because it was on the same sign with the previous establishment’s name. When you first walk into the tasting room there is a large gift shop along with tables and the tasting bar to the right.

We were greeted by Courtney who was our tasting guide and later by Sean Heyl who is the retail manager. Tastings are done either standing or sitting at the tasting bar. Braman wines are divided up into four main groups: Braman Legacy, Sparkles, B-10, and Fringe Benefits. From these groups you can select from different flights for a tasting. There are different prices for each flight of five wines within a group or you can select a flight at a higher price which allows you to choose five wines from among the different flights.

Braman Winery uses both corks and screw caps and the tastings are poured from the bottle. Tastings were served sweet to dry and white to red. This was a little different than most tastings we have done. Food is available to buy such as cheese and meats, and we ended up buying some potato chips to cleanse our palate between the wines. 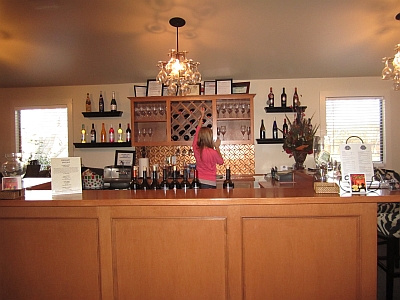 Right now no Texas grapes are used in their wines and they come from New Mexico and California. The wines are made in New Mexico and California but some wine is made in the Refugio location. They will be bringing in wines from Spain and Greece in a few months. The best news though is with the recent announcement of the Braman Winery and Eaglefire Winery merger, they will be offering Texas wines courtesy of Eaglefire Winery’s owner and winemaker Chris Caldwell. I could not get an answer as to how many cases of wine are produced a year but that will obviously change with the new merger.

There is a large gift shop with glasses, gifts, vinegars and oils, clothing, food, and wine accessories. The tasting room has nice eclectic seating with tables, comfortable chairs, and couches where you can enjoy a glass of wine. 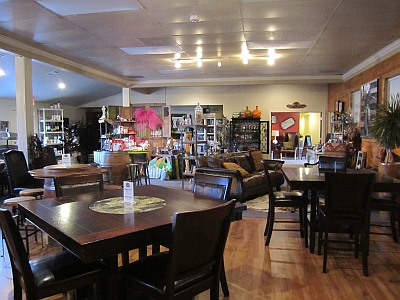 Events are held at the tasting room such as dinners, parties, and live music is held every Friday and Saturday. There is a wine club called the Braman Legacy Club.

Stop into the Braman Winery tasting room the next time you are in the Richmond area.

I am a Tastefully Simple Consultant and have been a Vendor there three times. I was there last Saturday 4/6/13. I understand from Lauryn that she no longer will be organizing these Sip N Shops. I appreciate your willingness to let us come to Bramman’s and do this and would hate for that to end. If you are still open to having Vendors there, I would like to discuss being the Coordinator of these.
Thank you