The 2013 Houston Livestock Show and Rodeo International Wine Competition was judged in November, the results were announced, and I compiled a list of all the Texas winery medal winners. On February 17th, people got a chance to taste the major medal winners not just from Texas but from around the world at the 10th annual Rodeo Uncorked! Roundup and Best Bites Competition.

As a reminder, the wine competition included 2,884 wines from 943 wineries in Texas, the United States, and the world. 21 countries participated in the competition and 2,293 medals were awarded. In addition to tasting winning wines, the Best Bites competition featured offerings from select Houston area restaurants and caterers trying to earn attendees’ votes in the Best Bites Competition.

The event has become so popular that it sold out in January and we were fortunate to be invited to attend. With this being a wine blog primarily about Texas wines, upon arrival we concentrated first at visiting the Texas winery tables. Soon with the event being sold out, there were lines at all the tables and the longest lines were at the food tables with people enjoying the food and ready to vote on their favorites. 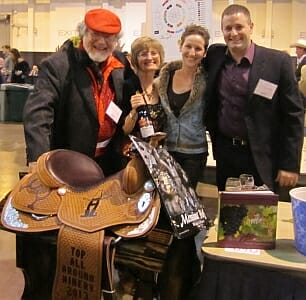 One of the first winery tables we visited was Messina Hof. Messina Hof was voted the top all-around winery at the competition and was the first Texas winery to win that award. Remember this was with a total of 943 wineries and 21 countries participating. They submitted a number of wines for the competition and every wine submitted was Texas appellation. It was quite an accomplishment. 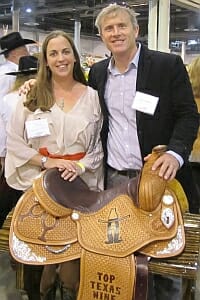 In between visiting the Texas winery tables we enjoyed the various food samples. Definitely come hungry if you come to the Best Bites Competition!

It was an enjoyable evening as we got to enjoy some of the best wines from around the world and the best food from the Houston area. We would highly recommend attending next year’s event if you are able. Remember to get tickets early! 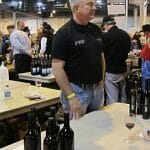 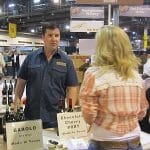 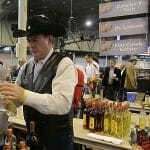 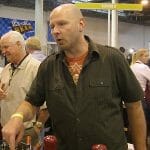 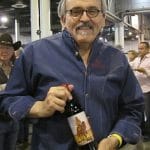 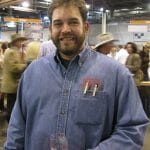 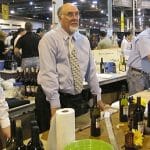 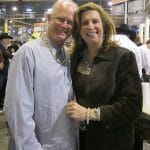 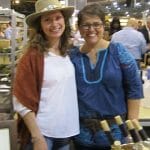 Laura Martin (on left) of Perissos 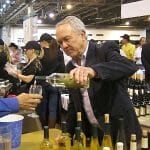