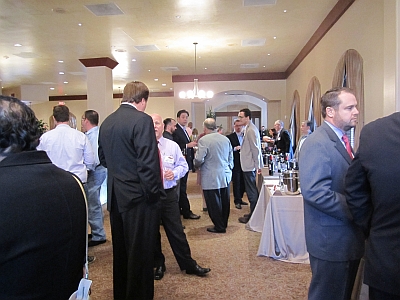 The day’s events started at 11 a.m. but since it was a Monday and unfortunately I have a day paying job, we were not able to arrive until after 4 p.m. before the event was finished at 5:30. Earlier attendees were able to enjoy two seminars and other events during the day and when we arrived, a full tasting of all the wines from the different producers had just started taking place.

The room was set up with tables from each estate and they each had from one to five wines for people to taste. Because of the amount of wine available and the short period to taste them, we decided to taste one (maybe two) at each table. After “Hello,” the next question was, “We can only taste one. Which is your best wine?” 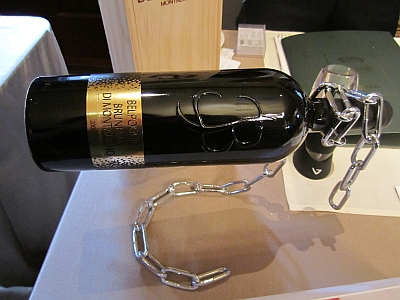 We were able to taste 22 wines during the time we were there and there was not a “bad” wine among them. The “best” wine chosen for us was always a Brunello di Montalcino and since it is a very well respected wine, it was not a surprise that all were very good.

We took a few interesting notes during the tasting. The Capanne Ricci wine chosen for us was the 2008 Brunello di Montalcino instead of the 2007 Brunello di Montalcino Riserva. We found that strange because we would have expected the older vintage and Riserva to be the preferred wine, but the presenter admitted the 2007 in his opinion needed more time to develop. We agreed after trying both wines.

A similar situation occurred with La Magia. The Brunello di Montalcino DOCG 2007 was presented to us instead of the 2007 Riserva. When asked why that wine was chosen, he said it was too easy to recommend the Riserva. He said the Riserva was a very good wine but he thought it could use a little more time in the bottle. 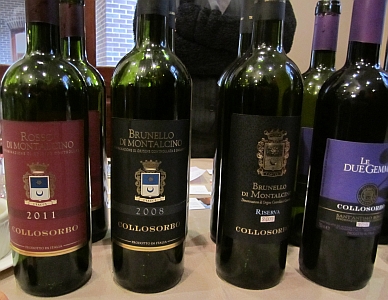 Greppone Mazzi – Ruffino gave us a nice introduction to the estate and told us they make 4,000 cases of wine a year. Most of their wines are found in restaurants but can be special ordered at retailers like Spec’s. They only had a Brunello di Montalcino DOCG 2007 for tasting, but said although they have a 2008, they did not think it was quite ready so they did not want to present it.

The end of the event had arrived but our appreciation for Brunello di Montalcino only continued.