Times Ten Cellars has two locations, one in Dallas and one in Fort Worth, and Dallas is the first location that opened in August 2005. The owners of Times Ten Cellars are Rob Wilson and Kert Platner. 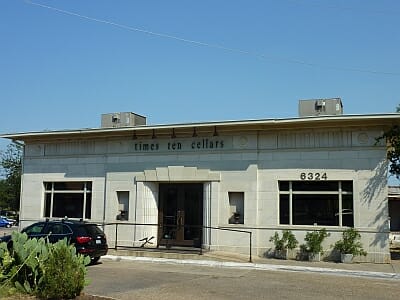 I have visited the Dallas location a few times and on my last visit, I needed some additional information as I obtained most from my previous visit. I entered the winery and was asked if someone had helped me yet. I replied no and explained that I just needed to get a little information about the winery. The gentleman asked if I wanted to go to the office and I said sure. I then learned I was speaking to Rob Wilson, one of the owners of Times Ten Cellars. Of course, Rob was able to answer any question I had. 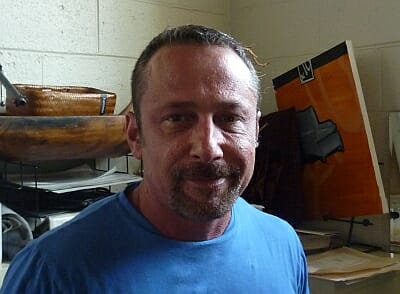 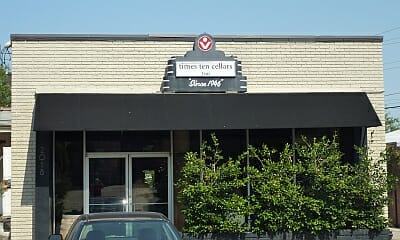 I told Rob during my last visit to Times Ten Cellars I was at the main winery and learned at the time they had no wines which were made with Texas grapes. We estimated when my visit was and he said that must have been because the 2008 harvest was short and they could not make any wine using Texas grapes. When they cannot make wines using Texas grapes, they do not hide the fact on their wine bottles where the grapes are from such as California.

Times Ten Cellars has a 10-acre vineyard in Alpine, TX called Cathedral Mountain Vineyard and they first planted 7,000 vines in April 2004. Today they grow Tempranillo, Syrah, Grenache, Cabernet Sauvignon, Cabernet Franc, and Mourvèdre. The vineyard sits at 4,800 feet above sea level and its first crop was harvested in 2006. Their Viognier comes from Comanche County and the Texas Malbec comes from Krick Hill Vineyards. 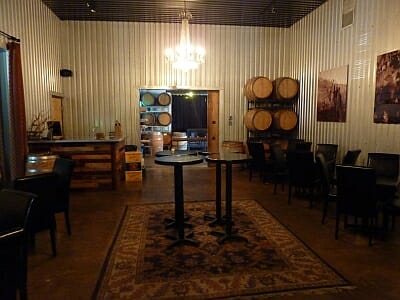 Both French and American oak barrels are used in making Times Ten Cellars wines. They make approximately 14,500 cases of wine combined between the two winery locations.

Tastings are done at a table or standing at the tasting bar. The wine bottles use corks and the tastings are poured from the bottle. There is a tasting fee for four wines. If requested, crackers are available to cleanse your palate. You can also buy types of foods such as salads, cakes, and cheesecake and local restaurants will deliver to the winery. There are nice table areas in various rooms or a patio is available to enjoy their Texas wine. 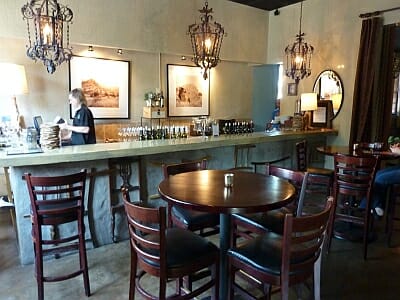 Various events are held at the winery such as parties, wedding receptions, private wine tastings, and live music is held on most Sundays.

I was grateful for Rob Wilson taking the time to speak with me. It does pay to visit a Texas winery more than once. Before leaving, I obtained a bottle of Times Ten Cellars Cathedral Mountain Vineyard 2009 Tempranillo. I waited until I got home so I could share it with Gloria especially since she enjoys Tempranillo. We have had various Texas Tempranillos and Times Ten Cellars version was just as delicious as the others we have had. Check it out if you get the chance to visit Times Ten Cellars.

The Times Ten Cellars Dallas location is on the Dallas Wine Trail.

Now we need to find the time to visit the Times Ten Cellars location in Fort Worth.