KE Cellars Winery is located in Rockwall and is owned by Jenniffer and Bill Norman. KE Cellars, owned by Kiepersol Estates Vineyards in Tyler, has now opened two other locations in Texas. The location in Rockwall however is actually a franchise which differentiates it from the others with the Winery name. 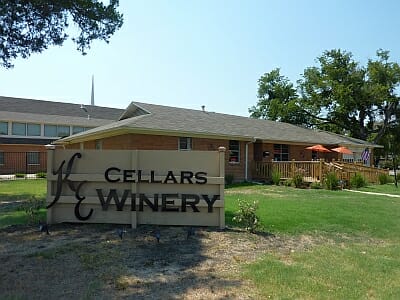 KE Cellars Winery first opened at The Harbor in Rockwall on August 9, 2011. They closed the location on March 9 and then re-opened in their new location in Rockwall on June 9th, 2012.

Jenniffer Norman greeted me as I walked into the winery and showed me around the various rooms of the winery. Most rooms had tables where people could sit to enjoy a glass of wine. Some rooms had shelves available with over 30 Texas wines for purchase from over 14 Texas wineries. There is a back room available to reserve which has couches and chairs to enjoy a nice time at the winery. Another room has a long table which can also be held for various events including private tastings. 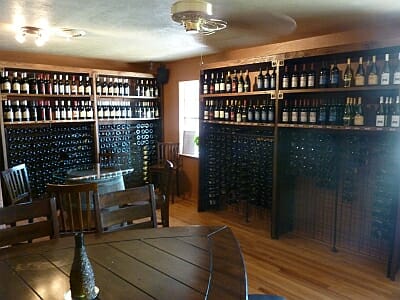 A tasting bar is available if you prefer to do your tasting standing at the bar. There is a tasting fee for five wines if you are standing at the tasting bar. If you are seated at a table, the tasting fee is slightly higher for five wines. Crackers are available to cleanse your palate. The tasting menu is changed every week based on the winery chosen. If more than one winery is chosen, then the list of wines to select your tastings from could be longer. 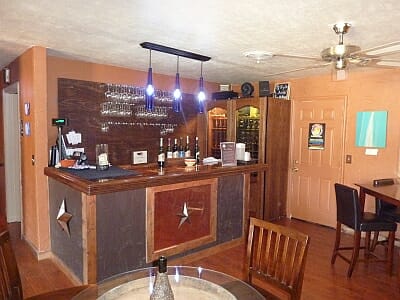 Food is not available for purchase by the winery but the winery works with local restaurants Zanata and El Cayote Rojo which delivers food.

There is a nice gift shop available with jewelry, wine accessories, and art is available throughout the winery. An art show is held every month.

Other events held at the winery include live music during the weekend, wine classes, networking parties, etc. In fact, on September 18th Pierre de Wet, owner of Kiepersol Estates Vineyards, will be at KE Cellars Winery to talk about his winery and vineyard during a wine class.

KE Cellars Winery is classified as a retail store and not a wine bar or a winery that makes only one brand. Regardless, the atmosphere at KE Cellars Winery was very nice and I wish we had a similar establishment near where we live.