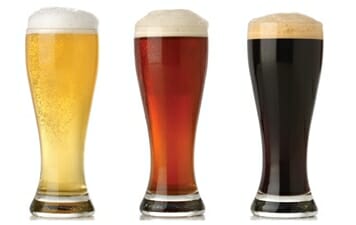 The questions I decided to ask were simply:

I received replies from the following 13 experts in their field (listed alphabetically by last name):

I did ask one additional question which I soon learned what the correct answer should be because of the TABC (Texas Alcoholic Beverage Commission) and now I know more about the winery business. The question was if they drank beer while making wine. Raymond Haak answered, “Absolutely not! It is against state law to have any alcohol on a bonded winery premise other than wine alcohol.”

There were some interesting replies instead of a simple “yes” to the first question if they drank beer. Don Pullum didn’t really say yes or no, but implied it by saying, “Beer is a fine beverage.” Todd Webster did reply directly by saying, “Yes and lots of it.” Jim Evans had the most original reply with, “I do drink beer, but only on days that end in ‘y’.”

Now that we know there are beer drinkers in the Texas wine industry, the question is what kind of beer do they drink. Here are the brands and types that were mentioned:

So when is the best time to enjoy a beer? They said:

I also told them they could include any other comments about beer they thought Texas wine consumers would enjoy reading. Gary Gilstrap added, “I do enjoy wine, but when it’s hot, a cold beer is refreshing.” Les Constable said, “Texas wineries would like to be able to serve beer and make it for that matter, but that is not currently legal.”

So there we have it. I think we can conclude that “it takes a lot of good beer to make great wine” especially in Texas. And like lovers of wine enjoying Texas wine, the majority of those in the wine industry also drink Texas beer.

David Kuhlken finished with the definitive statement, “Drink local. Not because you should, but because it’s good!”