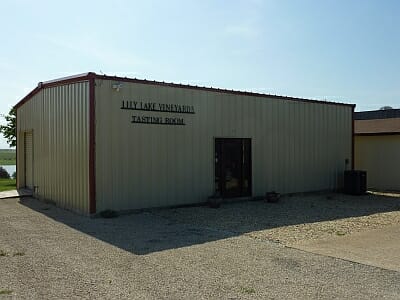 Our GPS had problems directing us to the winery but we eventually found the location. The winery is located next to the Wendt’s home. In the front of the winery is one of the vineyards on the property. Behind the winery is Lily Lake which was named after Lily, a lady who used to live behind the lake. 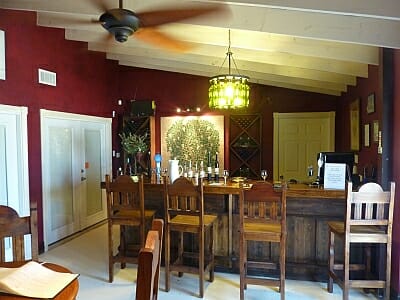 We entered the tasting room and met Rick Wendt who was behind the tasting bar. He started us on a tasting of his wines. There is a tasting fee for up to 8 wines which includes a souvenir wine glass. We tasted 7 wines plus one which he bottled a week prior. Crackers are served to cleanse your palate during the tasting while you sit at the tasting bar. The tastings are poured from the bottle. 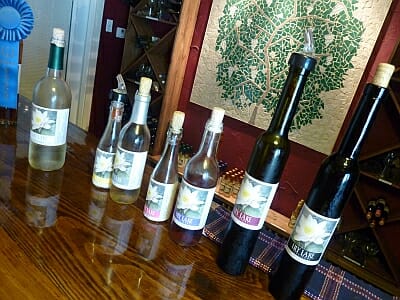 The wine bottles were a little unique as they all come in sizes of 187ml and 375ml. The only wine which comes in a 750ml bottle is the Lily White. When we asked Rick what the reason was for the unusual sizes of the bottles, he said it was because he usually liked a wine different than his wife. In that case, they could each open a 187ml bottle of wine to enjoy which is about a glass and a half.

Lily Lake Vineyards uses about 75% Texas grapes and those are grown in their vineyard. The rest of the grapes come from California. Grapes grown in their vineyard are Black Spanish, Merlot, Blanc du Bois, and Foch grapes (pronounced foe). Rick originally got the Foch grapes from Oregon and brought them back to Texas. He is unaware of anyone else who grows Foch grapes in Texas. The first grapes in the vineyard were planted in 2004. Grapes are grown with no pesticides or fertilizers. 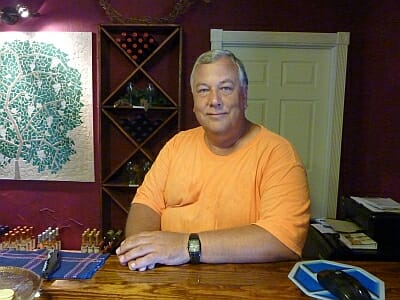 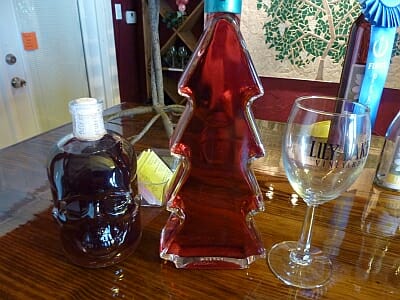