Pheasant Ridge Winery is located in Lubbock and is owned by Bill Gipson. The winery was founded in 1979 making them the fourth oldest winery in Texas. The winery was named for the wild pheasants that roam the vineyards still today although we didn’t catch sight of any. Their first wines were released in 1983. 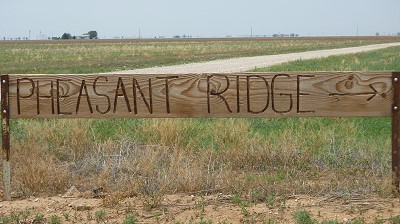 Since we were flying into Lubbock on a Thursday and the winery is north of the airport, we were hoping to visit them then because the rest of our time was going to be spent south of Lubbock. I had read they were open from Friday to Sunday but their Facebook page says, “Any other time by appointment.” Unfortunately when I called to make an appointment, I was told they were only open Friday to Sunday. 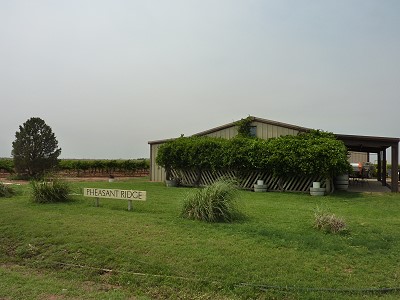 After some rearranging of our schedule, we arrived then on a Saturday. When we went in the tasting room, we waited a little while until the tasting guide was finished with the previous two couples. We then met Delisa who handled our tasting. The tastings are done while seated at the tasting bar. They are free for five wines and the tastings are poured from the uncorked bottles. Crackers are provided to cleanse your palate.

Pheasant Ridge Winery has a 100 acre vineyard which was first planted in 1979 and is present right next to the winery. The grapes grown include seven traditional French varieties. The red grapes are Cabernet Sauvignon, Merlot, Cabernet Franc, and Pinot Noir. The white grapes are Chardonnay, Chenin Blanc, and Semillon. Even with the large vineyard, the grapes are hand-picked.

The best thing about Pheasant Ridge Winery is they offer only 100 percent estate grown Texas wine. The same winemaking team has been making their Texas wine for the last 20 years. The winery is noted for having some of the oldest wines currently available. 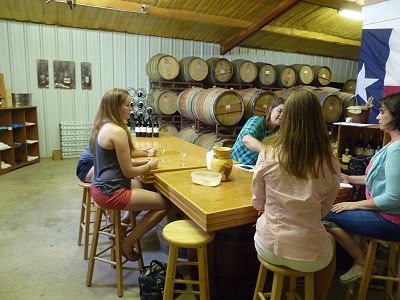 Free tours are offered at the winery so after the tasting and because nobody else had arrived, Delisa gave us a tour. Pheasant Ridge Winery produces between 5,000-10,000 cases a year, but usually closer to 5,000 cases. They use both French and American barrels. As we ventured out into the vineyard, she pointed out they use all underground irrigation.

I had previously read about the 30 year old Chenin Blanc vines Bobby Cox had planted when he owned the winery. Unfortunately she did not know where those vines were. We thanked her for the tour and we wandered the vineyard as she headed back into the winery. Through my resources, I got in touch with Bobby Cox and he told us where the old vines were located and we went to see them. They were definitely as big as I had read. 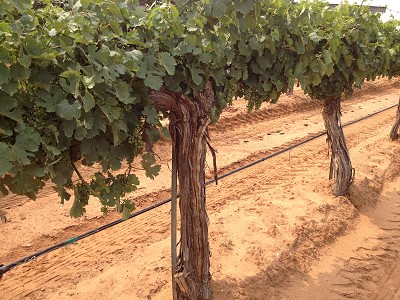 Pheasant Ridge Winery has a small gift shop available with clothing. Private tours and events can also be scheduled with the winery.