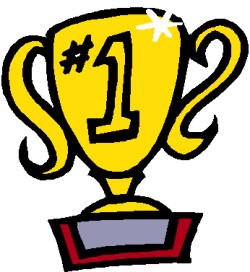 This subject was actually asked of me last year. I got thinking more about it with last week’s fantastic Watermelon Thump & Chef Throwdown event at William-Chris Vineyards where media including bloggers and writers were invited.

Now that I am being invited to some media events or attending conferences which bloggers and writers can attend, it made me sit back and think. For example, I went to the DrinkLocalWine Conference in Colorado where bloggers attended from around the country. I was going to write a blog post or two about the event while others were going to do the same, in addition to using Twitter during the conference. During the Twitter Taste-Off, I saw some tweets and thought, “That was good. I wish I had said that.” But did that mean I was competing with them to see who had the best tweet? The same holds true with any blog posts written for the conference.

I have read other blog posts which involved meeting a noted winemaker/grower or visiting a winery, and admittedly was a little jealous because I hadn’t met them or visited that winery first. But does that mean we are in competition to see who’s first? Most likely I’ll meet or visit the same someday.

I’m going to use my fellow bloggers and writers from last weekend’s William-Chris Vineyards event as an example. It’s usually common practice if you are a blogger and you get invited to an event, there’s a good chance you’re going to write about it. Last week there were at least 9 bloggers and writers, and more which I did not know or get a chance to meet. After the event the blog posts started appearing. Here are the bloggers with Twitter handles I know and either their blog posts of the event or their main website (in Twitter alphabetical order):

So if you look above, there were at least 7 blog posts written about the event. Is one better than another? Or is it just a different perspective with a different writing style and different photos?

I’ll pick out a few people from the list. Russ Kane, the self-proclaimed Texas Wine Czar, is arguably the most experienced of the group writing about Texas wine. He has a book out now about the Texas wine industry called The Wineslinger Chronicles (http://wineslinger.net). He has a great writing style and when we write about the same topic in a blog post, I wish I could have written that way. He does have a writing background though. Sure, I have a book out too (shameless plug http://ussholt.com) but that doesn’t mean I’m a writer. Perhaps it would have been different if my major at college was Journalism instead of Computer Science.

There are others on the list such as Denise Clarke and Jessica Dupuy who have passed the first level of the Court of Master Sommeliers’ educational program. They obviously know more about wine than I do and probably will always know more. I do not have enough time to study for the wine exams, although they do sound fun, let alone try to find time to write posts for this blog. At least it takes me considerable time to write one post.

A lot of us started a blog last year or some this year so we are all determining our writing style, what to write about, and so forth. But does that mean we’re competing to see who eventually has the best blog?

I look at all this and compare it against what a lot of us are writing about, Texas wineries and wine. When I first started talking to winery owners, I was surprised to learn they aren’t competing against each other. If one has a piece of equipment break down, the nearest winery loans them theirs. If another has cold storage and another doesn’t, they’ll let the other use it. They’re all in it for one common goal: improve the Texas wine industry.

So what is my answer to the question posed at the top? The majority of us blog or write as a hobby, so I do not believe we are in a competition as we are doing the same thing, trying to help improve the wine industry. And with the Texas wine marketing budget gone, anything we can do should help.

We all have different followers on Twitter. From now on, if I see one of my fellow blogger’s tweets about a new blog post, I will be retweeting it. I am finally going to find an RSS reader and start following my fellow blogger’s posts and most likely learning from their experiences too.

What do you think? Are wine bloggers in a competition?