Upon arrival we met other wine writers and personalities. Some we had met before and it was nice getting reacquainted. We enjoyed meeting others for the first time including some people we have been waiting to meet. 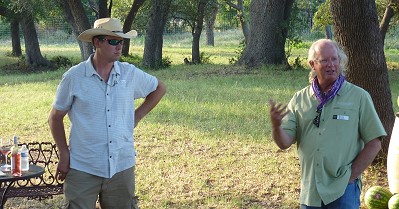 Chris Brundrett and Bill Blackmon led everyone into the winery where we enjoyed tasting their different wines. Next we moved to another building where cheeses from Brazos Valley Cheese were available for us to try. Mark Kuehl of Brazos Valley Cheese told us about the company including how they moved from Colorado to Texas in 2005. They also make their cheeses using 1,600 gallons of milk within a 25 mile radius of their location. 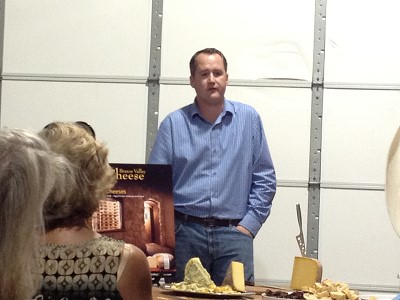 Chris then explained how William Chris has different dinners planned this year including a High on the Hog dinner, seafood, and others. Chris and Bill led us on a little walk to the Oak Grove where watermelons were sliced and ready for eating. Also available was their Rose called Current which Bill said they prefer to call their pink wine. While eating and drinking, an explanation of how to select a watermelon in the store was given. The watermelon guru said he prefers to determine a ripe watermelon by looking at the bottom of the watermelon for it being light yellow instead of thumping it. 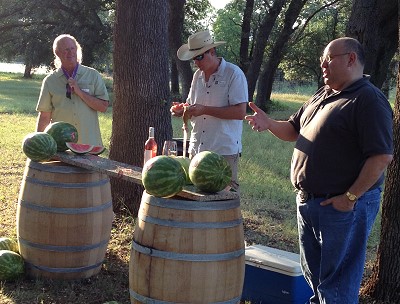 We were told a walking trail will be built from the tasting room to the Oak Grove and elsewhere. Bill then led us to the nearby vineyard which he explained was planted this year with Malbec, Tannat, and Petite Verdot. 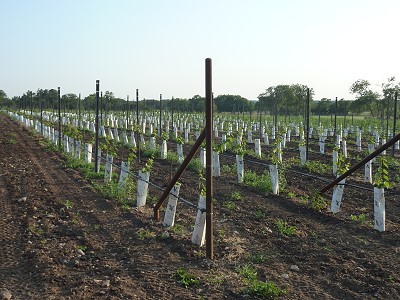 It was then time for the Chef Thump King Throwdown contest. Four chefs from Kenichi, Quality Seafood, The Paggi House, and Rose Hill Manor had been preparing their first dishes of the night which had to include watermelon. It was interesting seeing how watermelon could be used. The four dishes were watermelon sorbet and scallop, watermelon and shrimp ceviche, sweet and sour watermelon, and a compressed watermelon. We then voted on our favorite of the four dishes.

After the first course, we all went back into the tank room where Chris let us sample two wines from the barrel. The first was Malbec and the second was their 2011 Enchante, a blend of Merlot, Cabernet Sauvignon, and Malbec. The Enchante will be available to wine club members (join the Hye Society!) and they could lay it down for three to five years. 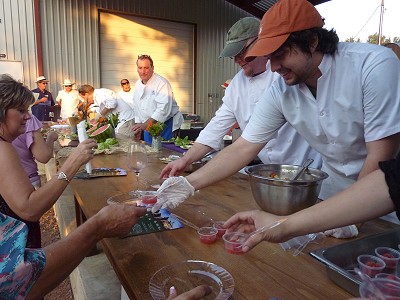 The chefs were ready for their last dishes and all were wonderful. Duck and seafood were popular in the dishes and another voting took place. At the end of the evening, Chris announced the winners from each course.

William Chris Vineyards put on a great event as everyone enjoyed themselves throughout the evening. Thanks to Bill and Chris for their hospitality!