Our day started in Plains at a pancake breakfast which Neal Newsom told us about. We arrived, met Neal, and got our delicious breakfast. We heard recently that the Newsom’s son, Nolan Newsom, was a fantastic cook and we could have opted for him cooking for us every morning at the bed and breakfast. Since we aren’t every day big breakfast eaters, we decided to go without the breakfast option but met Nolan who was helping out with the cooking of the pancake breakfast that morning. We all sat together while we ate breakfast and soon learned Nolan was just like the rest of the people we had met so far in the High Plains, down-to-Earth nice folks. We also met Nolan’s aunt who we learned owns a 15 acre vineyard.

The day was going to be our winery visiting day so we headed first to Cap*Rock Winery. When we arrived unbeknownst to us, General Manager Phillip Anderson was waiting for us. We had a full tasting followed by a great tour of Cap*Rock Winery. We have taken many winery tours before but besides Llano Estacado’s, which we had a partial tour of the production facility, Cap*Rock Winery was the largest winery we have seen in Texas. It was nice of Phillip to take the time to spend with us and we had a fantastic time at Cap*Rock Winery. 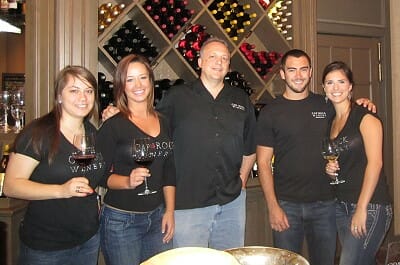 Cap*Rock guides on each side of Phillip Anderson

We have visited some D’Vine Wine locations before but never got full information about their franchise, so we stopped at D’Vine Wine – Lubbock to learn about the winery and have a quick lunch.

Next up was Pheasant Ridge Winery which I had previously read about the 30 year old Chenin Blanc vines Bobby Cox planted. We arrived at the winery and after a wait while the tasting guide handled the previous two couples, we were able to do a tasting. Unfortunately she didn’t know too many answers to questions and one was where the 30 year old Chenin Blanc vines were. Through my resources, I got in touch with Bobby and he told me where they were and we went to see the 30 year old vines. They were definitely big like the Bogar-Cox vines we had previously seen the day before. 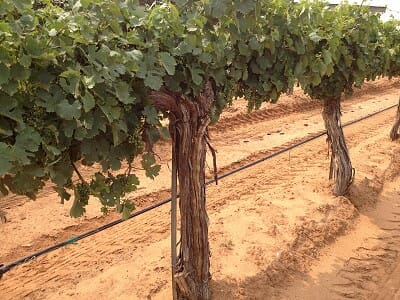 We headed next to McPherson Cellars. On the way there we went past the Triple J Chophouse and Brew Co. which I have seen many people recommend, so we stopped by for a drink. Since it is a microbrewery I chose their Windmill Wheat beer which was very good. It was too early for dinner so we continued to McPherson Cellars around the corner. 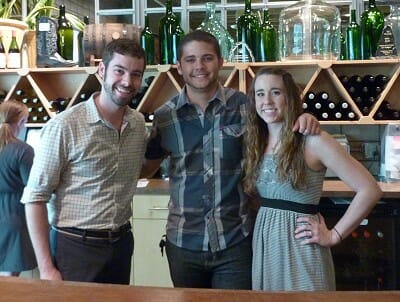 At McPherson Cellars, we met Darik Bradley, Paige Rusk, and Sergio De Jesus. Darik led us on a tour of the winery and we ended at the tasting room for our tasting. We were able to choose from the reserved and non-reserved wine tasting lists. After a nice visit at McPherson Cellars, we went literally across the street to La Diosa Cellars which is owned by Kim McPherson’s wife, Sylvia McPherson. 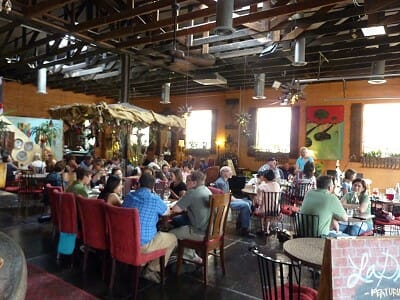 They do not have tastings like other wineries so we had two flights of La Diosa wine. Since it was time for dinner we also ordered our favorite, margherita pizza. After a nice dinner and listening to the band, we headed back to the bed and breakfast. It was an interesting day of visiting wineries in Lubbock.