Paris Vineyards is located in Paris, Texas, which is probably the most northeastern winery in Texas. Larry and Denise Dority are the owners of the Texas winery and vineyards. The vineyards are located about eight miles northeast of Paris and the tasting room is located in the square of Paris which they call Paris Vineyards Winery on the Square.

Doing my usual research, I found out from their website the winery opened at 11:00am. It also stated tours were available at the vineyard by appointment only. I tried calling and emailing a couple times to confirm tasting room hours and to see if I could get a tour of the Vineyard but never got a reply. I was hoping for an interesting tour of the vineyard in addition to getting the second Texas Winery Passport code. 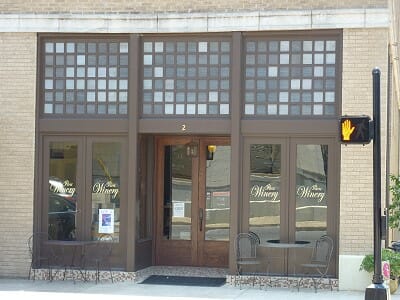 I arrived to the tasting room at 1:10pm after a long drive and was immediately floored when the door had a “Closed” sign and the hours were listed as opening at 1:00pm. What? I had even arrived after 1:00pm. I stood there in disbelief not knowing what to do, but fortunately within about a minute, Matthew McCormick, who is the manager of the tasting room, walked around the corner and opened the winery. Whew!

Matthew apologized and admitted the website was out of date and explained how they had hired the wrong person to create it and paid too much. They would like to update the website but they don’t have the FTP password in order to even log in and update any files. I informed him I was a web developer so if they ever got the information, I could help them out. But until that time, the website still says they open at 11:00am, but they really open at 1:00pm. 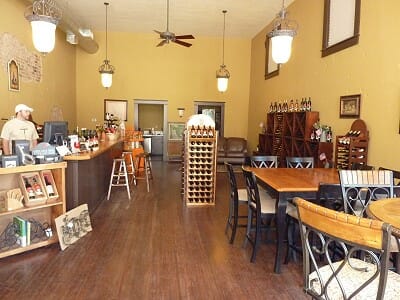 I inquired about visiting the vineyard. Matthew said his brother used to give the tours at the vineyard but he has since moved elsewhere so no tours are given now. He admitted there wasn’t much to see at the vineyard anyway since there are only two acres of vines. That was disappointing as it would have been interesting to see the vineyard and production facility. Since there is a different Texas Winery Passport code for the Vineyard, the tasting room should have it available for those who make the far trip to visit Paris Vineyards, especially since you are unable to visit the actual vineyard now. 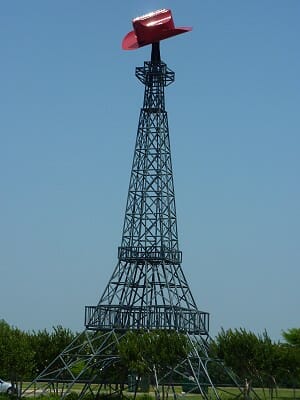 Matthew said the tasting room opened in 2007 and he thought the vineyard was started in 2004. He said 85% of the grapes used for the Texas wine are Texas grapes, while the rest come from New Mexico. Some of the Paris Vineyards wine labels do not have the word Texas on it which usually means those particular wines are not made with 75% Texas grapes. Matthew ensured me though they were Texas wines. He said they purposely did not put Texas on the label just in case they needed to use non-Texas grapes in the future and hence did not need to change the label. That is one way to cut costs, although it doesn’t really inform the consumer as to what they are buying and drinking.

There is a fee for tasting six wines. The tastings are poured from the bottle while you sit at the tasting bar. There are also tables available to enjoy a glass of wine. A small gift shop is present in the tasting room. Paris Vineyards also has a wine club.

Paris Vineyards Winery on the Square is on the Munson Wine Trail.