Kiepersol Enterprises is owned by South African Pierre de Wet who first came to the United States and started raising cattle. Since that time Kiepersol Enterprises has built up many businesses in the same vicinity including an extensive real estate operation, winery, bed and breakfast, restaurant, camping, and even a recording studio.

KE Bushman’s Winery and Celebration Center is part of the company and is located in Bullard. It is available for concerts, receptions, weddings, and other events. Also located in the building is Studio 333 which is a recording facility. KE Bushman’s opened in 2009. 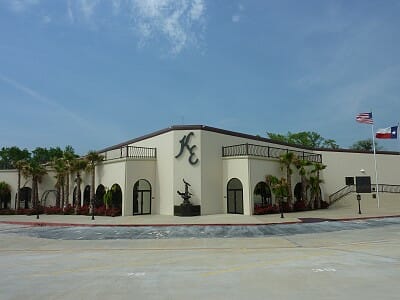 When we first arrived, we were greeted by this amazing building. There was one car in the parking lot along with a limo in the corner. We weren’t quite sure we were in the correct place, but since it was Friday and the center is only open Monday to Friday that probably explained why there were not many cars there. Plus since it doesn’t show up on the GO TEXAN website as having a passport code, people may not be aware you can visit, get a code, and do some tasting.

We tentatively walked into the building and all we could say was, “Wow!” The first room had a couple bars and many different brands of Texas wines for sale. Everything was just beautiful. Nobody was present so we looked around a little and noticed a gentleman in the adjacent room setting up some tables. The other room was the main room where events are held and again, “Wow!” 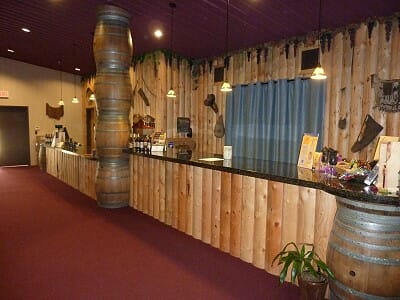 All Kiepersol wines are corked and poured from the bottle as you taste while standing at the bar. There was no tasting fee. Pete was very friendly and informative while we tasted the different Kiepersol wines.

The gift shop sells a lot of wines from around Texas. Pete told us even though they had a large selection, KE Cellars had many more.

KE Cellars is located in Tyler in a strip center across from a mall. Pete from KE Bushman’s commented how it seems the local people have not found the location even though it opened in 2005. It was very easy to find since it is facing the street, so we do not know why the locals are not aware of the location. 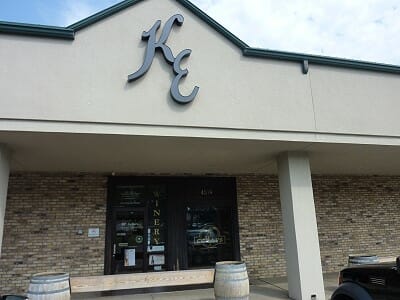 When we entered and started looking around, we were asked if we wanted to do a tasting. Since we had just tasted the Kiepersol wines at the Celebration Center, we passed. However, in addition to the already tasted Kiepersol wines, there was a Kiepersol Port which was on sale for $10 since they didn’t have many left. Gloria tasted some and we couldn’t pass up buying a couple bottles for that price.

KE Cellars has a large selection of other Texas wines for sale, both nearby and distant wineries. We did not see any non-Texan wines. I had previously heard about a wine from a Lubbock winery which was supposed to be good, and since it will probably be a little while until we get to that winery, I was able to buy the bottle at KE Cellars to try later.

Out of curiosity, I asked what the favorite wines people bought were. It was surprising the most popular wines were the ones you can usually find at your local large supermarket. 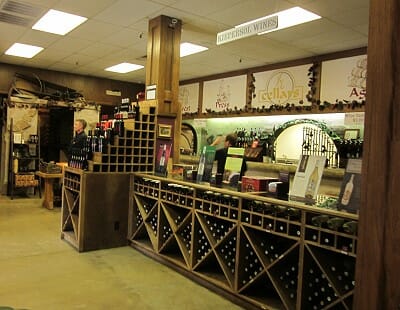 Tastings of the Kiepersol wines are done standing at the tasting bar. There is a fee per wine tasted. Wines are set up behind the bar with a tap similar to beer and there also is a large selection of other Texas wines you can taste. Unfortunately you cannot taste all the wines they sell but that is understandable.

Music events are held nightly at the winery and you can buy tapas while listening to the music. A large room is present where the music events happen, but you can purchase a glass or bottle of wine to enjoy in the room anytime during the day.

KE Cellars is a nice place to visit, not only for listening to music while enjoying some wine, but also to buy other Texan wines. KE Cellars is part of the Piney Woods Wine Trail.

Kiepersol Estates Winery is owned by Pierre de Wet’s daughter Marnelle de Wet Durrett who also serves as its winemaker. The vineyard was first planted in 1998 and the winery opened in 2001. 14 different varieties of grapes are grown by Kiepersol Winery and they are the only grapes used in the wine they produce.

We had previously tasted the Kiepersol wines the previous day, so we didn’t expect to do any tasting at the winery. But since the previous two Kiepersol locations were great, we couldn’t pass up a trip to the winery. There could also have been a surprise at the winery or we could have enjoyed a glass of wine while there.

We first were not sure we were following the correct directions though since the GPS and signs led us through a subdivision. However, we eventually reached the winery in the rear of the community located at the top of a hill. 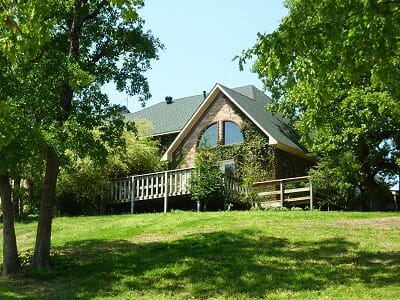 When we walked into the winery at noon, we were impressed by the tasting room. However, that feeling soon turned to disappointment. The pourer behind the tasting bar said hello and that was it. There were only four people, two on each end of the long tasting bar. Even though we stood around for quite a while, there were no further comments from the pourer as he seemed too busy with the four people there. I did interrupt him briefly to verify the tours were at 2:00pm and 4:00pm, but that was the last time he looked at us. It’s too bad they don’t have at least a noon tour, especially since the winery is only open on Saturdays. 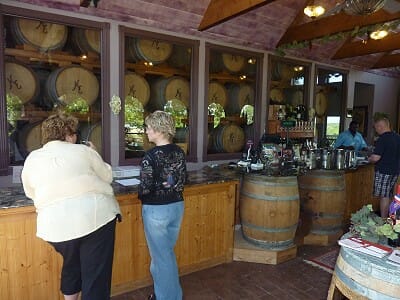 By looking at the signs and seeing the other people tasting, there is a tasting fee per wine and you stand at the bar. The pouring is done from the corked bottles, and there is some food to cleanse your palate between tastings.

After looking around the well-stocked gift shop, we noticed there was a dark room in the back with tables which we assume is for enjoying a glass of wine. Since it seemed like nothing was going to take place, we took advantage of the restrooms and had no choice but to leave. We never did get a chance to enjoy a glass of wine, but there were other wineries on the wine trail where we could. It is really a shame we didn’t get a chance to take a tour as it probably would have been very informative.

When we came out of the winery, we looked at the massive vineyards in the rear of the winery. There are sixty acres of vineyards and it was a beautiful picture. There is also an amphitheater located directly below the winery which is used for concerts, plays, and other outdoor events.

Also on the grounds of the winery is a five room bed and breakfast in addition to a restaurant.

The Kiepersol Estates Winery is on the Piney Woods Wine Trail.